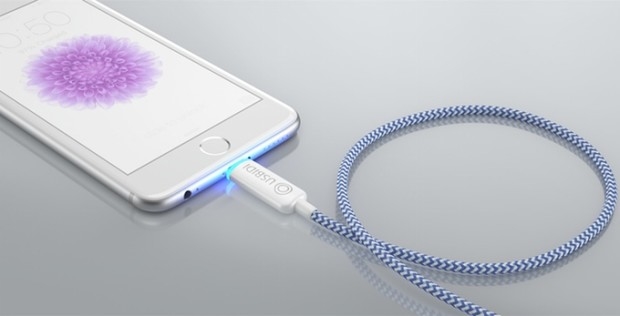 Each year we see our devices evolve in terms of the featured technology, daily used devices such as smartphones and tablets often receive new versions with updates on design, screen resolution, connectivity features, processors, memory and more. But where the mobile phone makers fail to evolve is progress in charging technology. You can use UsBidi to charge an iPhone or the top-tier Android phones. It can also be used to effectively refuel a mobile phone via a portable power bank.

The reason why you have to charge your devices more often in time is that your charger is in an ongoing mission to slowly kill the battery. When your device is fully loaded but the charger keeps being plugged into it, the battery will start heating and get damaged by mini-charging-cycles. The result of all this is a device that requires more often to be charged for a power-up that will last shorter in time.

To extend your battery life and provide a better charging experience is created the UsBidi smart charger. Launched as “The world’s most intelligent charger”, it ran a ridiculously successful campaign on Indiegogo where from the pledge of $20,000 has raised up to $235,770 and growing for the next 65 left hours (the campaign is funded, and at the moment it has and 65 hours left). 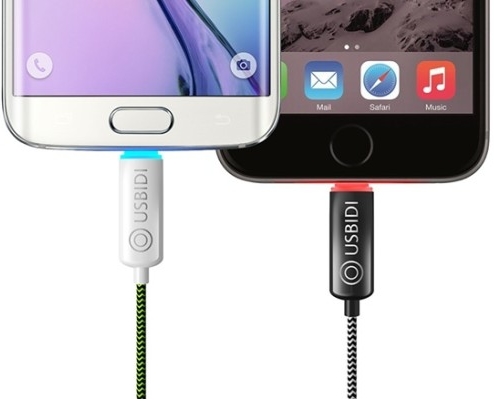 As we all know, the technology of charging has not changed much in time. Even we do not have a wireless charging tech that doesn’t require an extra plugged gadget to work. But let’s talk about wireless charging at another moment.

The UsBidi charger comes with a feature which its makers named as “auto power shut-off” or “auto-unplug”. This particular feature housed by the UsBidi claims to not harm your phone or tablet battery via mini-cycles or heating caused by charger when it is plugged even after the battery has been fully charged.

Besides the auto-unplug feature which I mentioned above, the smart charger comes with an LED indicator that will flash in different colors regarding how much the battery is charged, when the indicator goes red your device is fully charged.

Besides the LED indicator, the UsBidi comes with a durable and colorful braided exterior with a magnetic end. The magnetic ending lets it hold tidy when it is placed on any metallic surface. Thus, you’ll not have to search the whole room to find your charger

What the UsBidi charger claims to do for you

Makers of the UsBidi claim that this smart charger will improve your charging experience, extend your device’s battery lifetime (it will not heal your battery from previous charging damages, it just claims to stop the ongoing harm on it via its auto-unplug feature), twice faster charging when plugged into USB port of a computer device or car, magnetic end to place it on any metallic surface, LED indicator that tells charging progress.

Do you want to see UsBidi in action? Check out the embedded video promo below.