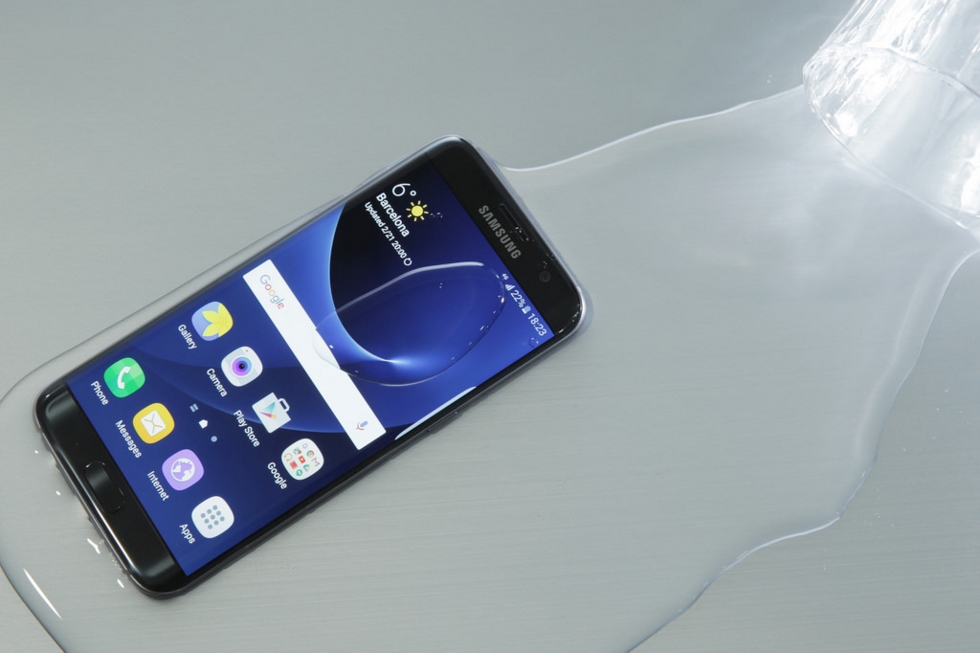 Samsung made a mega-launch when introduced its new flagship phone with curved edge screen on the Mobile World Congress event in Barcelona few weeks ago. The Samsung Galaxy S7 and S7 Edge after teasing minds of the millions in the recent months have finally been released to order, one of the web stores you can order Samsung’s flagship now is the Amazon Store.

Galaxy S7 and S7 Edge run on the Qualcomm Snapdragon 820 chipset with dual-core Kryo CPU clocked at 2.15GHz plus1.6GHz dual-core Kryo, quad-core Mongoose CPU clocked at 2.6GHz plus quad-core Cortex-A53 CPU, backed by Adreno 530 and Mali-T880 MP12 graphics processors, 4GB of RAM and Android 6.0 Marshmallow with TouchWiz UI on top. The best gaming mobile phone ever made is now available in 32GB and 64GB of storage models, their memory supports expansion by up to 200GB via microSD card.

Samsung’s new flagship is totally waterproof, it comes as IP68 certified for its water durability at a depth of 1.5 meters for a period of time of up to 30 minutes, even though S7 and S7 Edge are waterproof I wouldn’t recommend anyone to test them by throwing the phones in water.

Samsung has finally listed its Galaxy S7 and S7 Edge at the Amazon store, the phones sell as unlocked supporting every mobile carrier but the disadvantage is that they lack warranty (the warranty lack comes with a price discount as well). At the Amazon store, you can order the international 32GB Samsung Galaxy S7 (G930F) for the starting price of $839 (black model, the White, Silver, and Gold models are available to but they are few bucks more expensive, here you can check out all the models and their respective pricing). And the Samsung Galaxy S7 Edge (G935F) 32GB model, black color for $983 (same as with the S7, the other colors are a bit more expensive). The 64GB is not released yet on the Amazon but you can always check out the availability and deals at the Samsung‘s website.