The Turkish phone manufacturer General Mobile introduced at the Mobile World Congress the GM6 Android One phone with selfie display flash and front-mounted fingerprint sensor. Android One line of low-cost devices have their hardware and software created by Google, and their operating system that is similar to stock Android is managed, maintained and updated by Google. Android One devices disallow phone makers to add additional user interfaces over the home OS (update: Android Go phones replace the Android One initiative for a slimmed down Android OS on entry-level mobiles. Android One devices are now of all ranges and specs and the offer an alternative of phones that run pure Android).

The General Mobile GM6 phone features a plastic body design with an HD 720p display protected by the 4th generation of Corning Gorilla Glass and runs the 1.5GHz quad-core MediaTek MT6737 chipset. It has 3GB of RAM, 32GB onboard memory and runs Android 7.0 Nougat.

MG6 has decent photography features. A 13MP phase detection autofocus camera with HDR and 4-time digital zoom is on the back for snapping photos at a maximum resolution of 4160 x 3120 pixels and the 8MP autofocus flash display for selfies makes its secondary camera. 1080 pixel video recording is supported on both sides. 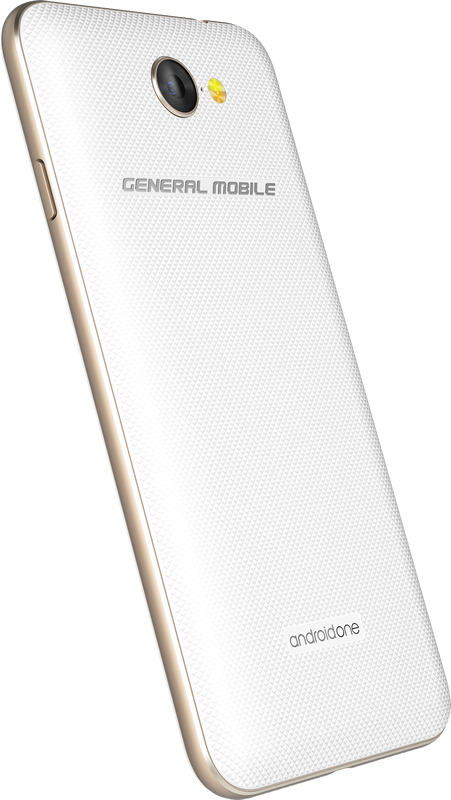 GM6 is a 4G LTE smartphone with WiFi support, Bluetooth 4.1, GPS, and fingerprint. What powers the device is a large-enough 3,000 mAh battery. The bad news is that General Mobile sells its products offline in Turkey and this phone may never travel abroad.