Fingerprint sensors mounted on a clicky home button were something everyone took for granted when purchasing a smartphone. That, until physical home buttons stopped being that common on mobile phones. Apple made a home button that features a fingerprint reader a thing when introduced the iPhone 5S back in 2013. This iPhone was the first phone to have a capacitive fingerprint reader that would later become an industry norm for more than a decade.

What are the uses of the Home button on a smartphone?

The clicky Home key had various functions on both iPhone and Android. With the latter supporting function customizations via third-party apps. The most important task of it was to send you to the first home screen when any other screen or app was loaded. Holding it for an extended period of time will trigger the activation of the virtual assistant, Siri for iPhone, and Google Assistant for Android. It also required one tap to turn on a phone from sleep mode and another single tap to send it back to sleep. Besides these, the Home key could be combined with other buttons, such as the power button or volume keys to take screenshots, access recovery mode, and more.

One important feature of the clickable Home button was the hosting of a fingerprint reader. Be the circular TouchID on iPhone or the pill-shaped button on most trending Android phones, secure access to the content of the phone was provided at a fraction of a second. Squeeze your thumb in it, and the phone will instantly unlock.

Why did phones lose the Home button?

The primary reason why manufacturers dropped the physical button is related to design. The button, regardless of how tiny it becomes, it still takes space from the phone’s front view, and you just can’t have an edge-to-edge touchscreen display with it lurking about. It also is a movable part of the phone, and like any other movable part on digital products, it is prone to failure. Removing it, one thing less to worry about trashing.

The software can replace the functions of the Home button. Most Android mobiles have in-screen touch-enabled functions that serve to send you to the home screen, back, or to load the continuously running apps. Apple replaced functions of the TouchID button with swipe gestures. Samsung followed a similar path by adding the Bixby button to its newer phones that no longer sported a built-in button.

Regarding the fingerprint sensor. Not all phones had a Home button in first place. Many manufacturers released button-less Android (but not limited to) phones that did have a fingerprint sensor, the fingerprint sensor in such phones was located on the back side of the phone, and you could unlock your device by scanning your index finger in it. Samsung moved its fingerprint to the back of its flagship phones while Apple dropped it altogether and embraced face recognition as an alternative to it.

Do you need a physical Home button on your smartphone?

The Home button on mobile phones is not crucial. Thus, the button is not truly necessary on a mobile phone. The lack of the Home key doesn’t create a mess like the dropping of the headphone jack for instance. Phones with a headphone jack will spare you from the torment of struggling to find the right USB-C dongle that’s compatible to your phone to listen to music and charge the phone at the same time. But phones without the Home key do offer alternative solutions featured on the physical home button, and they work without expensive accessories.

The front-fingerprint reader on phones is not gone with the disappearance of the bottom button. Several top-tier phones such as the OnePlus 6T, Huawei Mate 20 Pro, or the upcoming Samsung Galaxy S10 or Nokia 9 PureView have the fingerprint scanner embedded under the touchscreen glass. It isn’t distinguishable and doesn’t make any sound when you tap on it, but it still is at the front.

But because you don’t really need a Home key on a smartphone does not mean that you shouldn’t have one. The Home button always looked flashy and below are the best smartphones that have it. 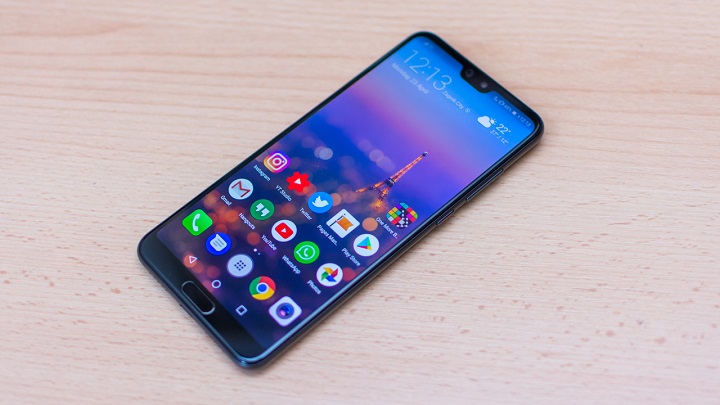 Huawei P20 and P20 Pro are the living samples of a phone sporting a FullVision screen and a Home key, the edge-to-edge touchscreen display simply can not really be from one edge to the other. Aside from the front fingerprint, P20 and P20 Pro also feature some of the best cameras on a phone. There are three Leica cameras on the P20 Pro, amongst them a 40MP sensor. P20 has two instead, and it also snaps compelling photography.

Both the 5.8-inch and 6.1-inch versions of this phone have a tiny notch on the top are powerful devices. They run the Kirin 970 chipset with a built-in NPU. The built-for-power chip deals great with AI, and it empowers both cameras of the phone, specifically the 24MP selfie sensor that’s sported on both phones to help create 3D models of your face and produce outstanding selfies.

P20 and P20 Pro both have glass panels on both sides held together by aluminum frames, support two SIM cards, and are available in various colors and storage models. 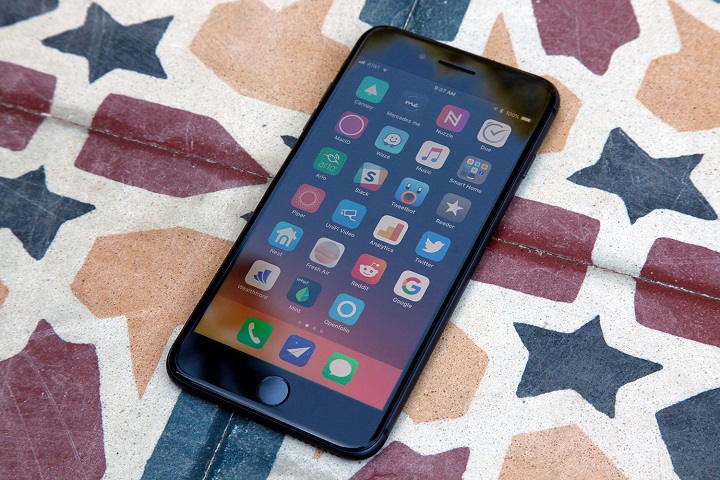 iPhone 8 and 8 Plus are the last members of the Apple iPhone series to house the iconic circular Home key and a fingerprint reader. The Home key-mounted fingerprint sensor that Apple made go places with the iPhone 5S was to be dismissed on future flagships. Apple rushed in to embrace the all-touchscreen display on a mobile phone, it replaced the fingerprint with face recognition and added the screen notch to its flagship handset.

iPhone 8 and iPhone 8 Plus are also the last powerful iPhone devices to sport the classic iPhone design. They are the last 4.7-inch and 5.5-inch Apple phones to have no screen notch and not have their whole display touchscreen-enabled. They are as powerful as the iPhone X and do run the latest version of the iOS.

iPhone 8 has only one 12MP sensor while the 8 Plus has two 12MP camera units on the back that are still amongst the best cameras on a mobile device. There’s a standard 7MP selfie shooter on both versions of the iPhone 8. These are the first iPhone members to have glass panels on both sides with their screens being FHD retina units. Later iPhones have a higher concentration of pixels. These two iPhones are the best options for iPhone fans that want to retain the front-fingerprint reader without moving to Android. 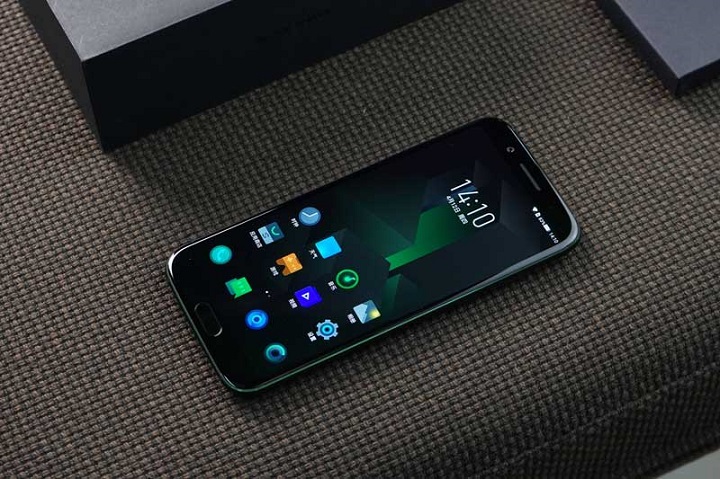 The Black Shark is an appealing and affordable gaming phone that features a water-cooling system, sports a combination of classic outlook mixed with futuristic gaming patterns, and a physical home key. It actually is the only Snapdragon 845-powered phone to retain the physical Home button.

Xiaomi Black Shark sports a premium gaming outfit to satisfy gamers need for flashy equipment. It has a metal and glass body, topped with strips of customizable RGB lights. There are series of connected LEDs that flash in the back of the phone with the Shark logo flashing in the center.

Xiaomi’s Black Shark phone dedicated to high-end games runs the Snapdragon 845 SoC backed by 8GB of RAM and has its overall gaming experience enhanced via the built-in Pixelworks image processing chipset. It has 128GB of non-expandable memory. The 10GB of RAM version of this phone is called Black Shark Halo, but it has no Home key at the front. With the exception of design, both models share the very same hardware and software.

Regarding other feature supports, Xiaomi’s gaming phone concept features a 5.99-inch FHD LCD screen. It has a 12MP and 20MP dual-camera setup on the back with HDR and PDAF for 4K video recording and a 20MP selfie snapper at the front. It supports NFC, two SIM cards, and gets the fuel from a 4,000 mAh battery. 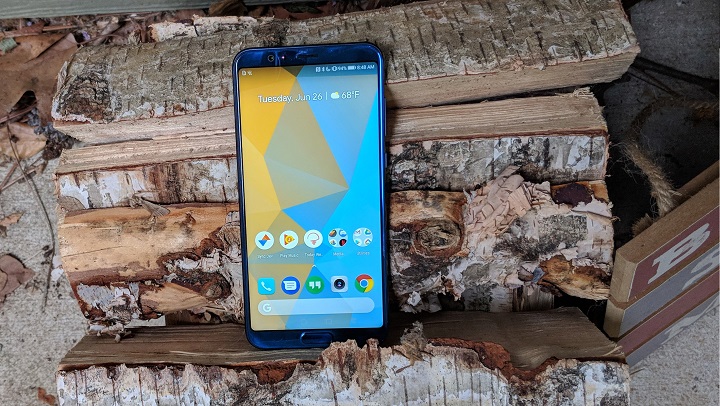 Aside from the top-dollar P20 and P20 Pro, Huawei has in its index a budget flagship killer phone that also sports a physical Home button below the screen. This handset is the Honor View 10, a powerful Android device with a lot of memory, sleek design, and an earphone jack that you no longer find on every Huawei phone.

Honor View 10 features a 5.99-inch FHD LCD display that sits on top of its metal body. It has two cameras on the back, a 16MP primary sensor and a black and white 20MP monochrome camera. The Honor phone can record 4K videos but what it can do best is capture black and white photos. There’s a 13MP sensor at the front that has you covered for selfies and video chat.

The Kirin 970 backing this premium Android smartphone from China still is one of the most advanced mobile processors made to date. Honor View 10 has 6GB of RAM with 128GB of internal storage standing behind its powerful chip and the Android 9.0 version of the OS with EMUI 9.0 overlay. Huawei somehow managed to fit a 3,750 mAh battery into a phone that measures a thickness of only 7.5mm.