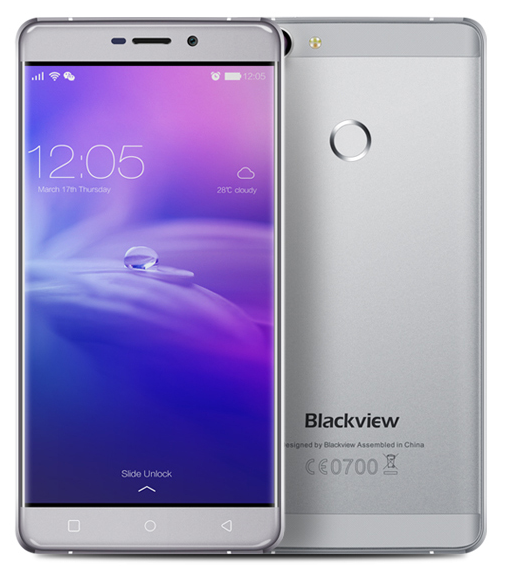 The China-based phone maker Blackview recently released its 2016 flagship branded as the Blackview R7, a 5.5-inch mid-level mobile with 4GB of RAM and Android 6.0 Marshmallow on top sets to take over the budget-oriented phone market.

The Blackview R7 comes sporting a metallic unibody design with curved framing and 2.5D Arc screen design. Its 5.5-inch touchscreen display with 1920 x 1080 pixel resolution is protected by the 3rd generation of Corning Gorilla Glass to provide you durability against light drops.

The main camera of the R7 is an OmniVision OV13853 13.2MP unit with the PureCel image sensor to shoot photos at a maximum resolution of 4224 x 3136 pixels, and the LED flash lets you snap terrific images at any time and any place. R7 reserves for selfie fans a 5MP camera that records videos at 1080p.

Blackviews’s 2016 flagship gets powered by the 64-bit MediaTek MT6755 (a.k.a MediaTek Helio P10) with eight Cortex-A53 CPU cores clocked at 2.0GHz and paired with Mali T860 graphic processor, it comes backed by 4GB of RAM, 32GB of flash storage supporting microSD up to 128GB and is perfectly highlighted by the Google’s latest mobile OS, Android 6.0 Marshmallow with company’s own UI on top.

Blackview R7 supports two SIM cards where both of them run on the 4G LTE network and can have access to 5G Wi-Fi. It also supports 3G network, Wi-Fi, Bluetooth, GPS, and highlights its connectivity supports with a Fingerprint Sensor to protect your privacy. Blackview designed the R7 with power in mind, the featured 3,000 mAh battery enables you to talk on phone calls for up to 18 hours (if you can find someone eligible to talk that long).