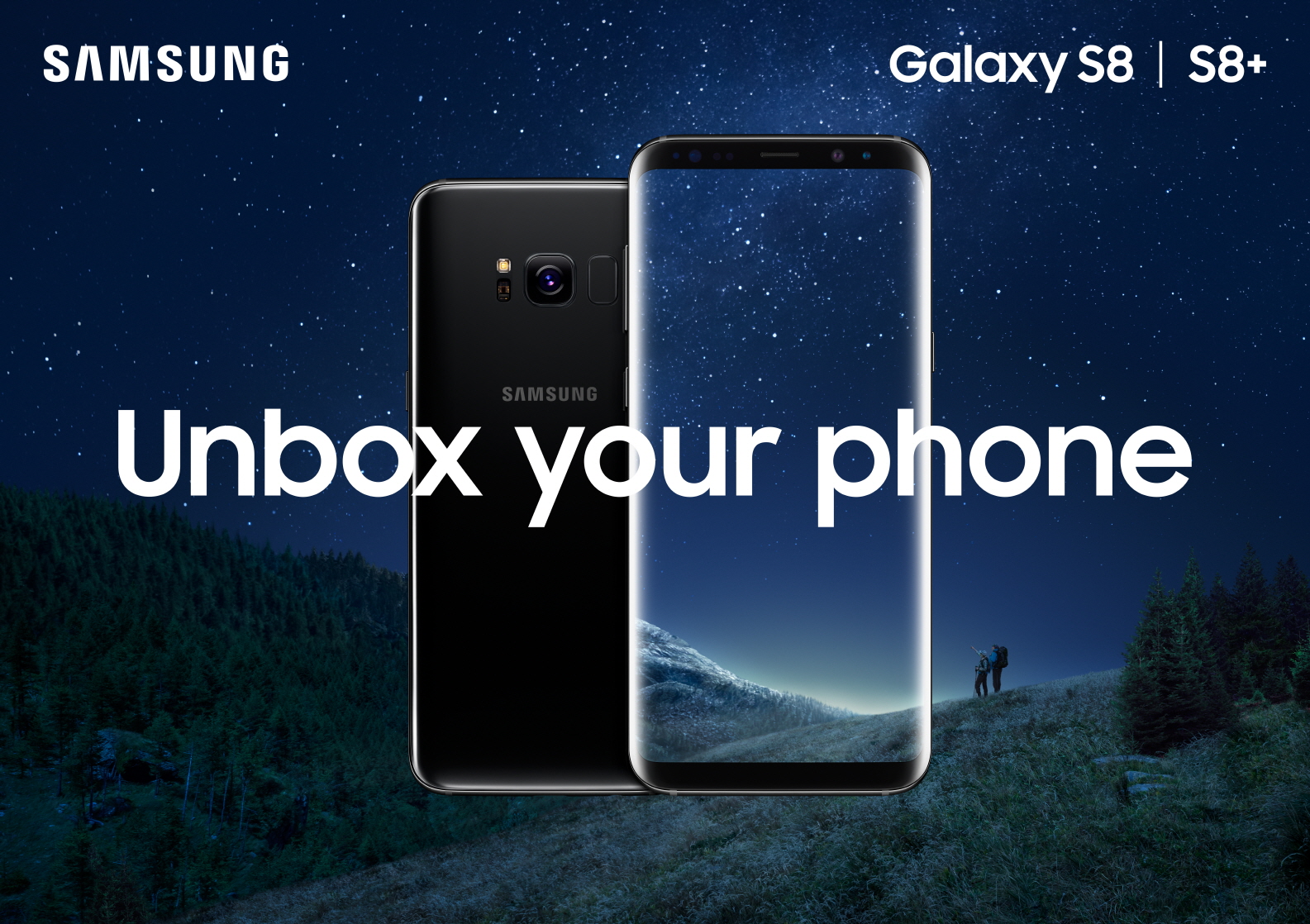 The new Samsung Galaxy S8 has arrived and here’s everything you need to know about it.

Samsung yesterday released the Galaxy S8 and its larger version Galaxy S8+ during a special event in New York. The event was expected as the Korean giant announced it during a previous event the company attended. The Mobile World Congress. Little about Galaxy S8 remained a mystery for announcement event, almost everything regarding the smartphone appearing on countless of online leaks during the preceding months. Well, it appears challenging for everyone to hide information from the Internet.

The new Samsung Galaxy phones are the largest of its series, even the standard version of the phone is slightly larger than Galaxy Note series of phablets.

Starting with a size of 5.8-inch for the standard edition and continuing with 6.2-inch for the Galaxy S8+, Samsung may force making larger screen mobile tech trend an industry norm.

Galaxy S8 comes with innovative technology, it has its own virtual assistant, allows you to explore Android via a desktop computer or laptop, is VR-enabled, and continues to support the headphone jack.

The Samsung flagship for 2017 is massive, even the smaller S8 is larger than Note series of Samsung phablets. Samsung believes that curved displays are better than flat ones, to back that up, the company gave the feature to both versions. No more “Edge” branding, Samsung flagships will be curved.

The Galaxy S8 and Galaxy S8+ have a combination of glass and metal all over their bodies, is not all-glass with a metal framing like with the LG G6, but you’ll be contacting glass panel on both sides of the Samsung flagship phone.

Samsung Galaxy S8 measures dimensions of 148.9 x 68.1 x 8.0 mm while the Samsung Galaxy S8+, which is larger, measures 159.5 x 73.4 x 8.1 mm. But, regardless of being super-sized smartphones, they are not meant to be detectable when used. Thanks to their special glass crafting, they have a respective weight of just 155 and 173 grams.

Although screens of the new Galaxy phones are massive, their body size is not as large as you might expect. The screen is tightened within the metal framing, and it offers a bezel-less preview. It has bezels, but they are the thinnest one featured on a global flagship smartphone by far.

Galaxy S8 has round edges on all sides. On the top of the screen are the Iris scanner, speaker, and selfie camera. On the upper part of the phone is the SIM and micorSD slot. On the sides, it has the volume buttons, Power button, and the Bixby button. One of the most notable design changes with the Galaxy S8 is the removal of the physical Home button, but that doesn’t mean Samsung ended the Home button. It is continued but comes in the form of a 3D Touch button.

The fingerprint is located on the back side of the device, but unlike other phones having the sensor somewhere near the middle where your index finger can easily reach, the Galaxy S8 and S8+ phones have it on the side of the camera. Reaching it with easy can be challenging and might be one of those gaps Samsung failed to fill. The initial plan was for the Galaxy S8 to have the fingerprint embedded on the front side under the glass, but time wasn’t in their favor, and they had to find an alternative. Probably not the best alternative place.

The reason behind Samsung’s design changes on the S8 and S8+ is highlighting the display. Or as Samsung prefers to call it, the Infinite Display. Both Galaxy S8 versions have the Super AMOLED Infinite Display with 18.5:9 screen-to-body ratio and a QHD resolution of 2960 x 1440 pixels. Pixel density is higher at the 5.8-inch panel of the Galaxy S8 where it reaches 570 pixel-per-inch, the 6.2-inch Samsung Galaxy S8+ has a density of 529 pixel-per-inch.

The display panel and as well as back glass panel is made of the 5th generation of Corning Gorilla Glass, and the tight metal framing gives to the phones a water resistance that’s certificated under IP68.

By default, resolution of the Galaxy S8 is set at full HD, but, if you don’t mind recharging your phone more often, you may adjust it to settings at all its glory. Quad-HD.

There’s an upgrade coming with the Galaxy S8 related to selfies. The new Galaxy phones have an improved 8MP autofocus wide-angle selfie camera with f/1.7 aperture, 1.22µm, and 80 degrees field of view, and face detection that records clear high-definition videos.

When it comes to power, Samsung Galaxy S8 is a powerhouse of a smartphone. It runs the fastest mobile processor by far, the Qualcomm Snapdragon 835 and with versions running company’s own Exynos 9 (both chipsets share a similar performance). It has 4GB of RAM and 64GB of expandable memory. At the top sits Android 7.0 Nougat.

The Galaxy S8 phone gets powered by a 3,000 mAh battery and the S8+ has a larger one with 3,500 mAh. Both are non-removable and support fast charging. They have a respective life spas of 20 and 24 hours of talk time.

Samsung has brought some upgrades in connectivity and intelligence with the new Galaxy phone. The most significant upgrade is the debut of Samsung’s virtual assistant called Bixby and the opportunity to monitor Android operating system on a personal computer using the Samsung DeX. You can view what these two can do in details below.

Samsung Galaxy S8 and Galaxy S8+ will be coming in single SIM and dual SIM versions. It will be the first ever Gigabit-class phone in terms of connectivity, a courtesy of its in-house Qualcomm Snapdragon X16 LTE modem. The handsets will also support 3G network, dual-band Wi-Fi 802.11 a/b/g/n/ac, Bluetooth 5.0, GPS, NFC, USB Type-C, short-lived Iris scanner for facial recognition, and Bixby.

With the new Galaxy, Samsung is not only rivaling Apple but also its Android competitors. Samsung will rival Siri and Google Now virtual assistants with its own built-in AI virtual assistant called Bixby.

Samsung’s Bixby VA comes with a physical button that sits below the volume buttons and pressing it sends you directly to Bixby Home. To give commands and talk to Samsung’s virtual assistant you should press and hold the Bixby button.

Bixby launches supporting four languages, US English, US Spanish, Korean, and Chinese. Via Bixby you can take control of your applications, it allows searching for products and make purchases, find places via search commands or by focusing the camera on the spot where you’d like visiting, translate text from any document using the camera, scan for products before you purchase them and browse for reviews, find similar images to those you are currently viewing, and it has its own built-in QR code scanner.

Via Bixby, you can also set up your daily schedule and view or add new events with a swipe from the app’s homepage. Samsung’s blog post explains everything about the VA in detail.

Iris scanner first debuted with the Galaxy Note 7 but the battery problems on the phablet shortened its life. The new Iris scanner featured on the Galaxy S8 and S8+ scans your face and your eyes for a more precise identification.

The flagship also comes with a Secure Folder feature that enables you to place your more sensitive documents over there that cannot be accessed without the use of one of Samsung’s security features.

Samsung DeX comes with a redesigned Android UI to match the monitor of a desktop computer and allow mobile workers make use of Android OS via their computer. Avoiding the use of multiple mobile devices. You can do everything a mobile phone can execute straightly by connecting your Galaxy S8 or Galaxy S8+ smartphone with the Samsung DeX Station. The DeX Station also functions as a fast charging wireless charger and has USB 2.0, Ethernet, and USB Type-C ports.

In addition, Samsung Connect will enable you to control your in-house smart accessories and Samsung Health will help you monitor your health. 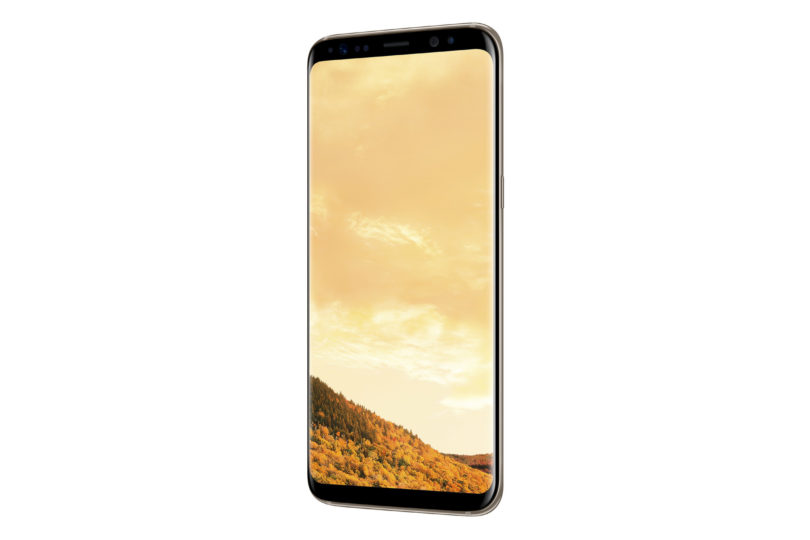 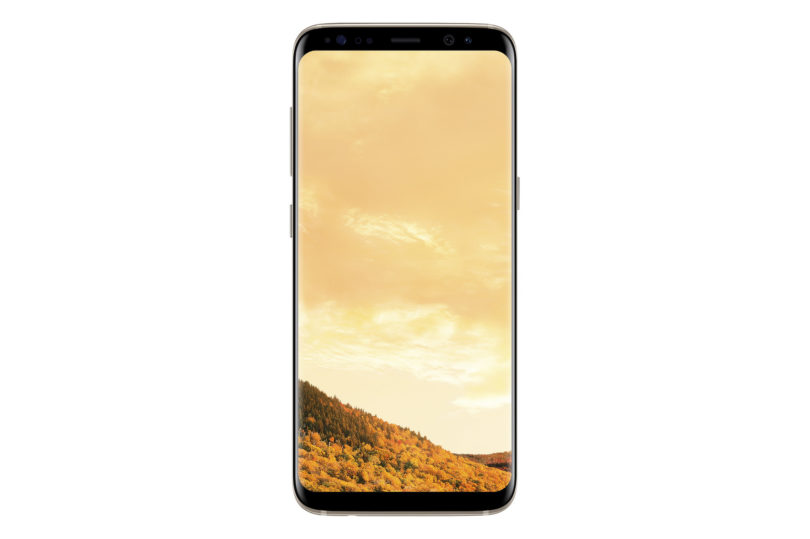 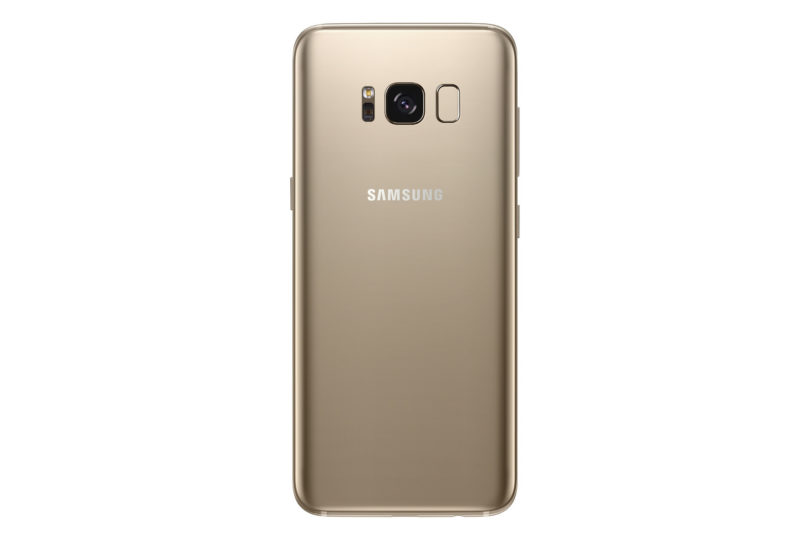 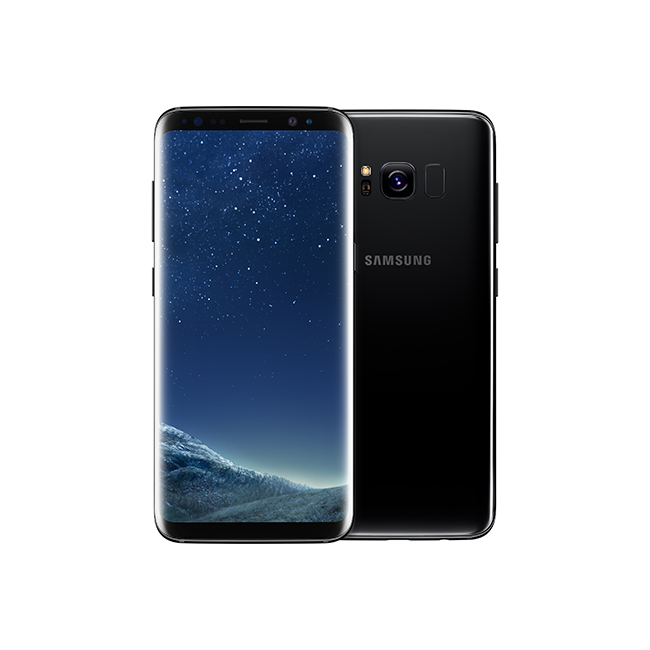 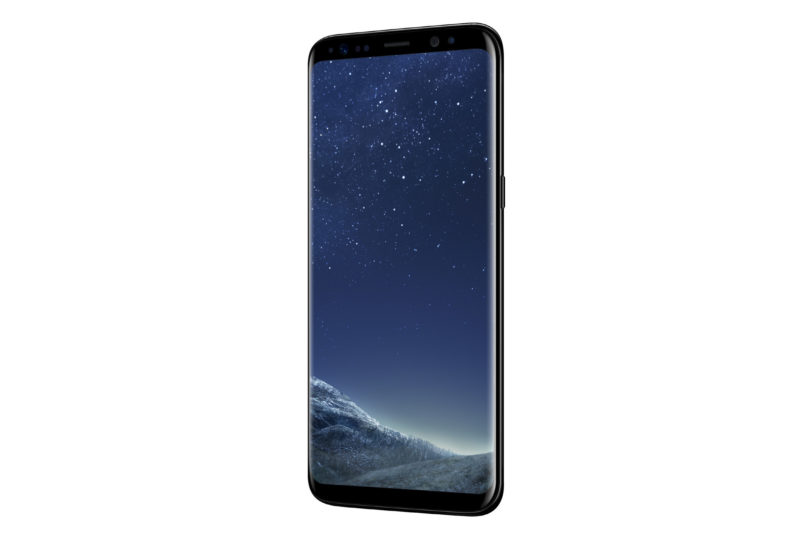 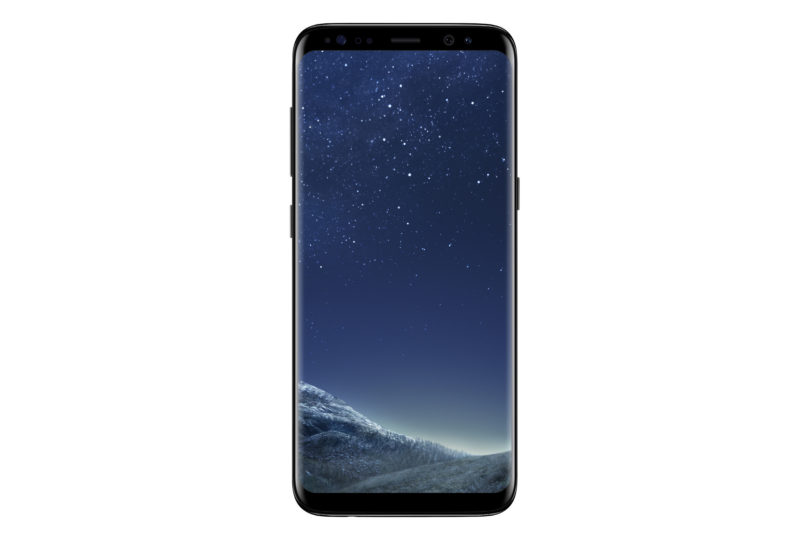 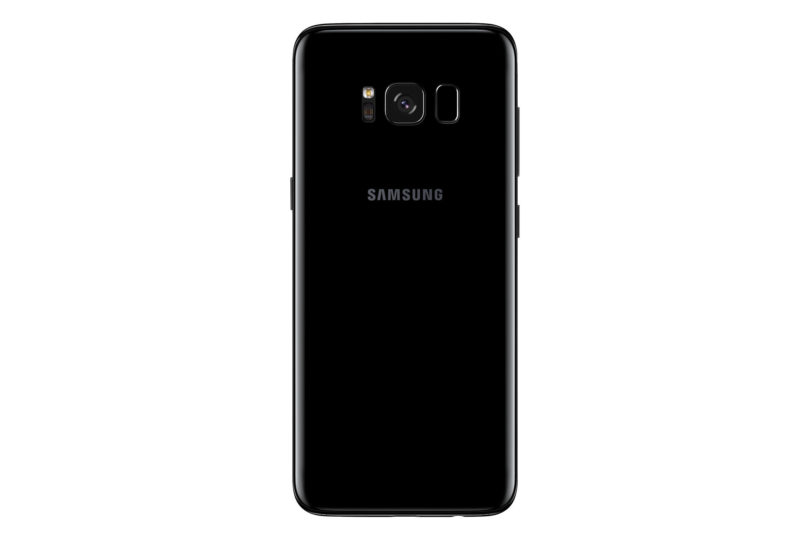 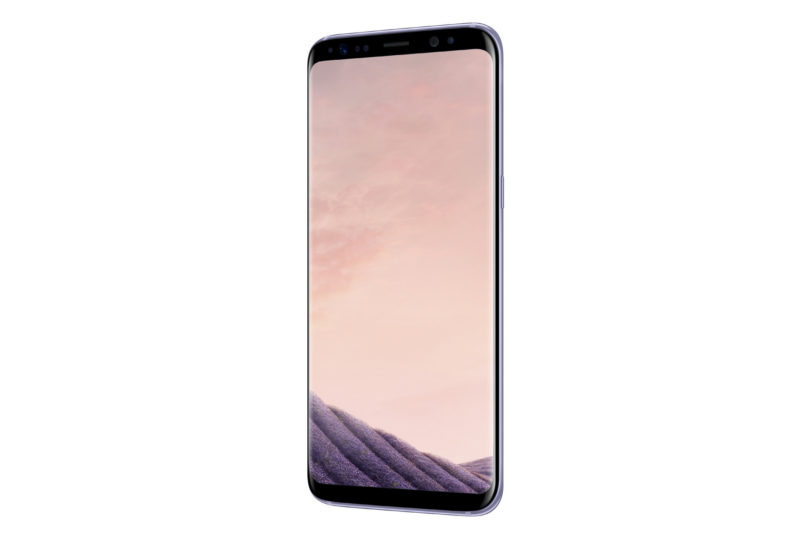 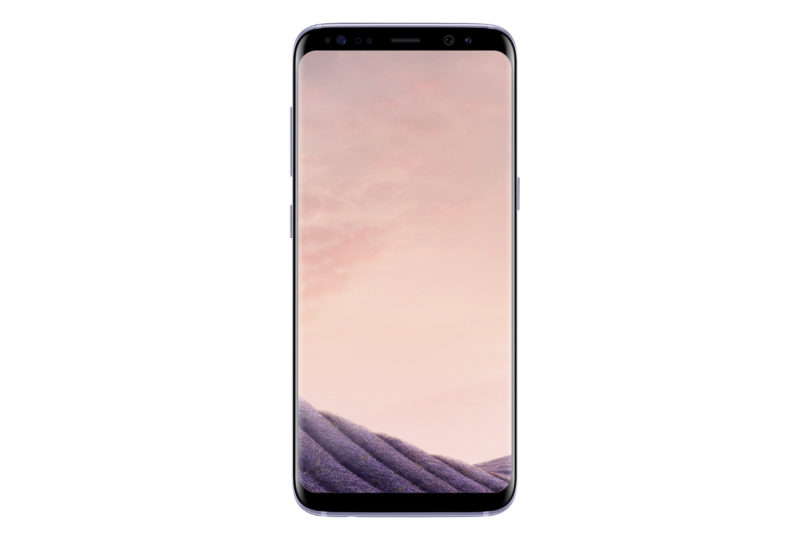 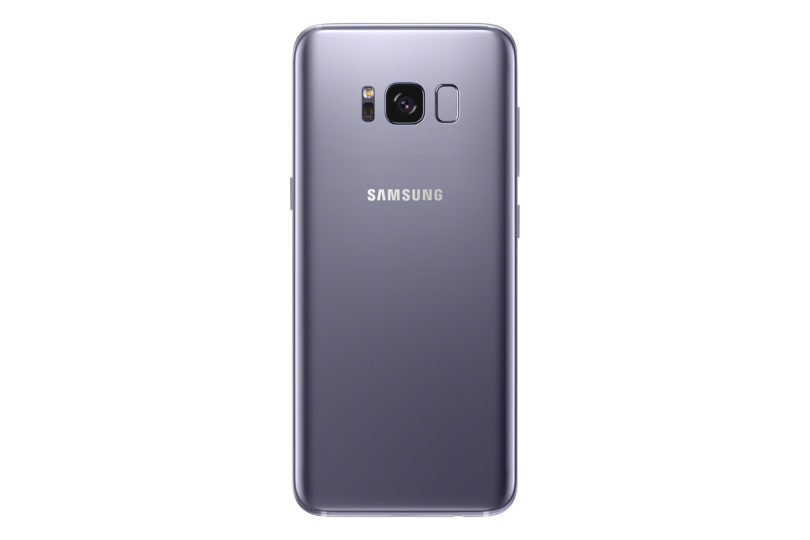 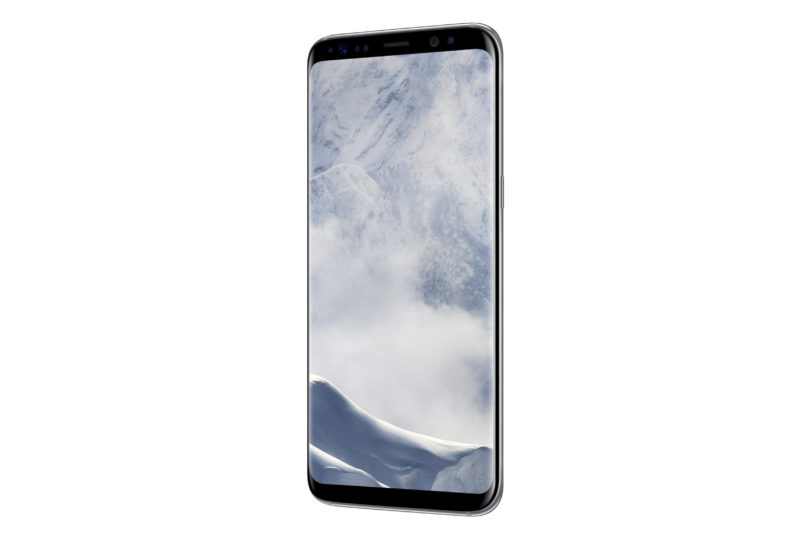 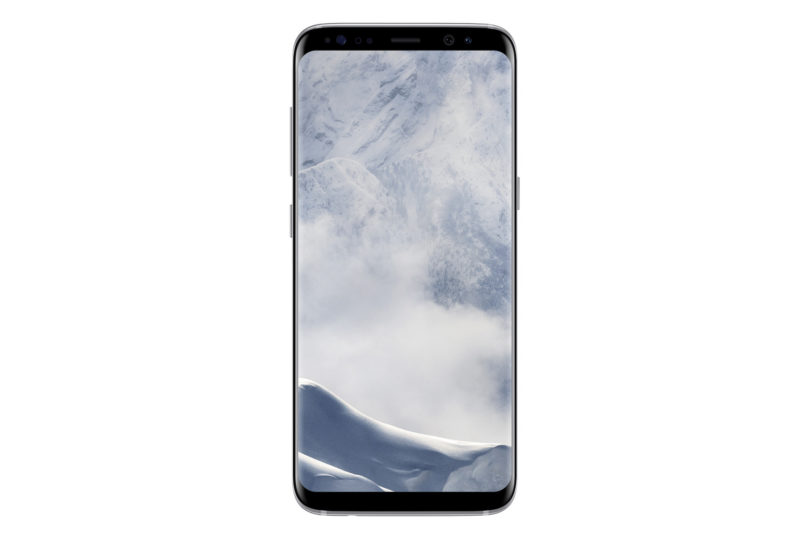 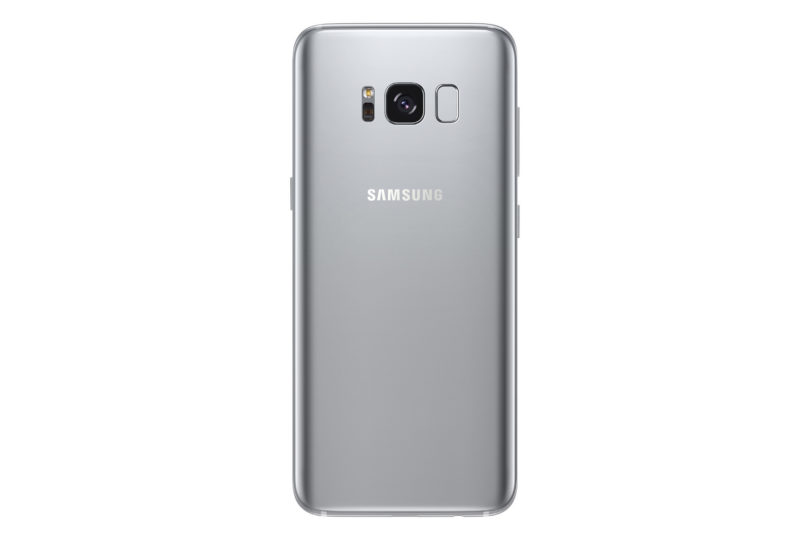 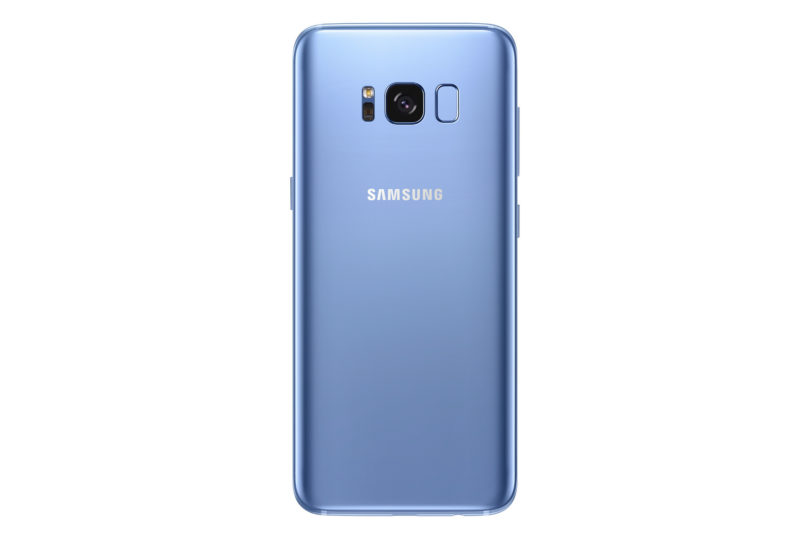 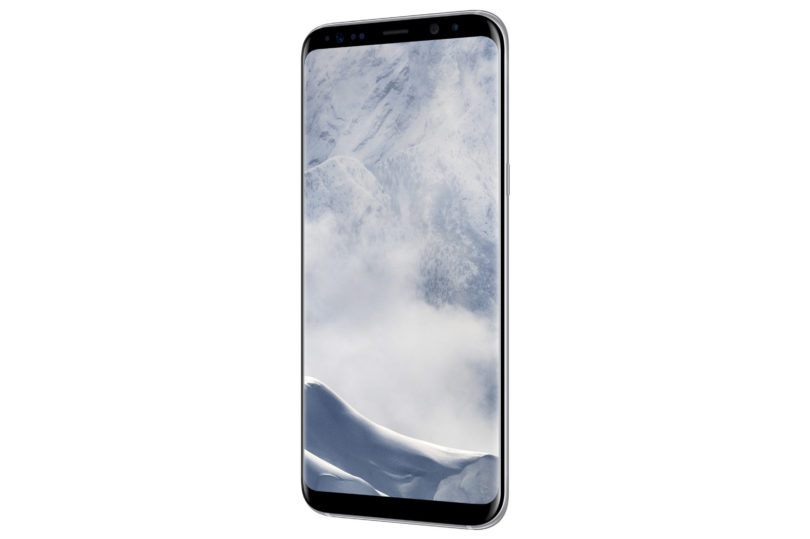 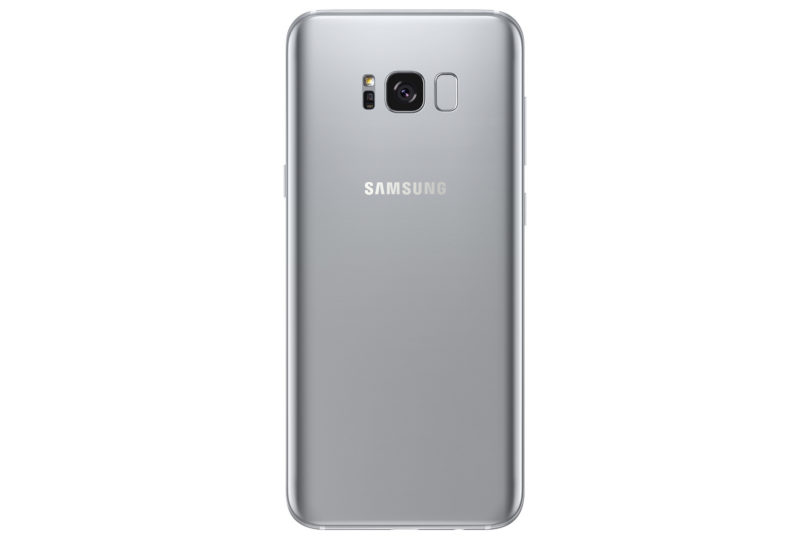 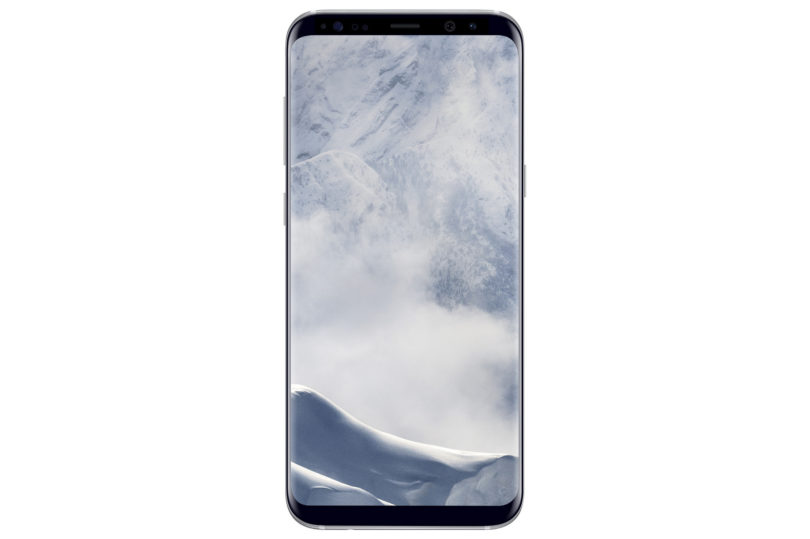 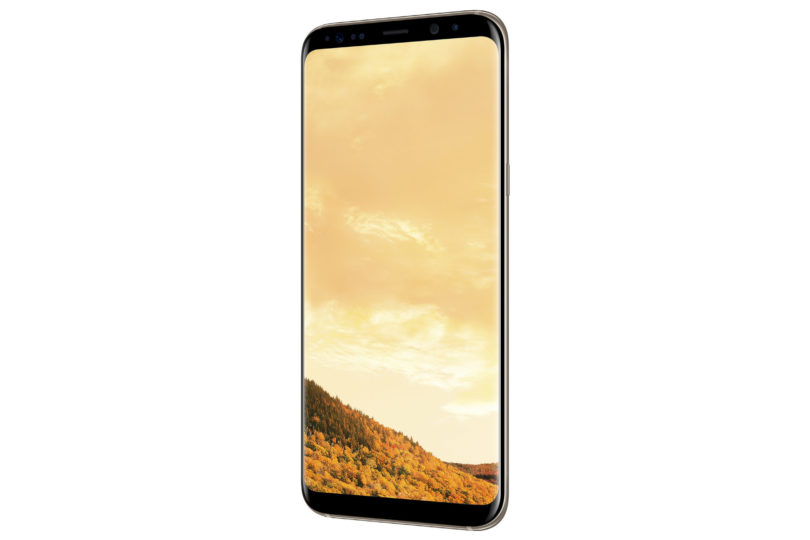 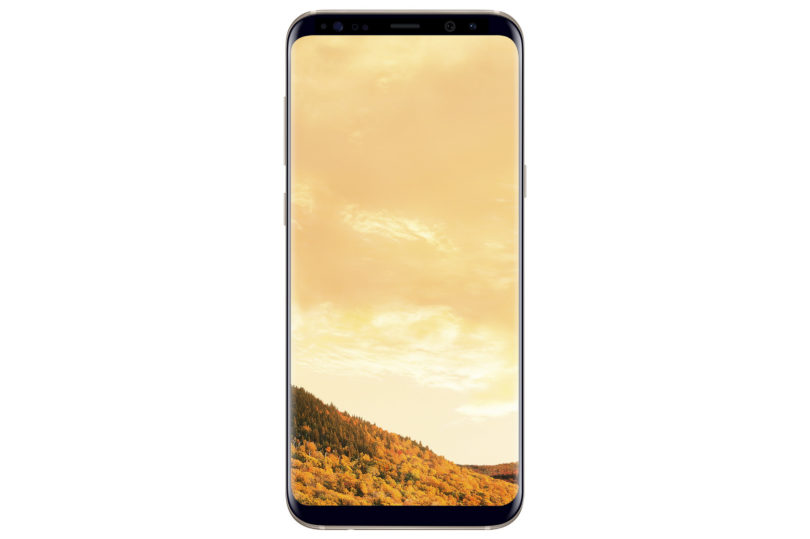 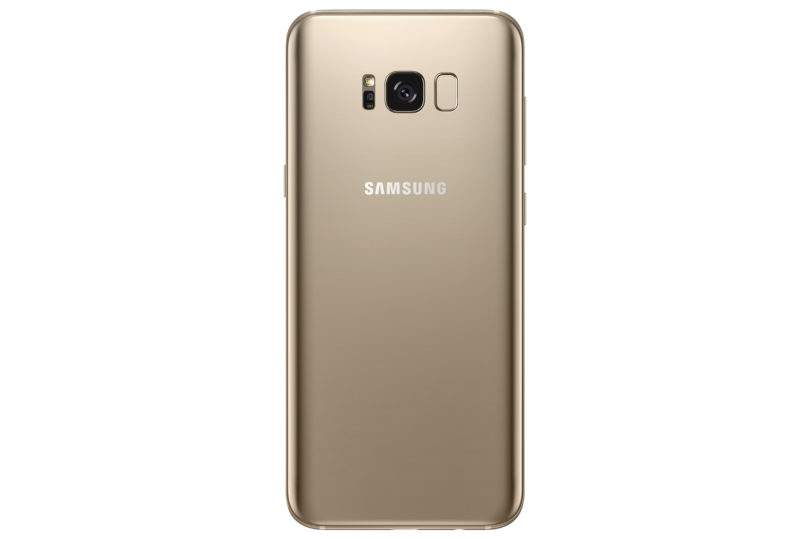 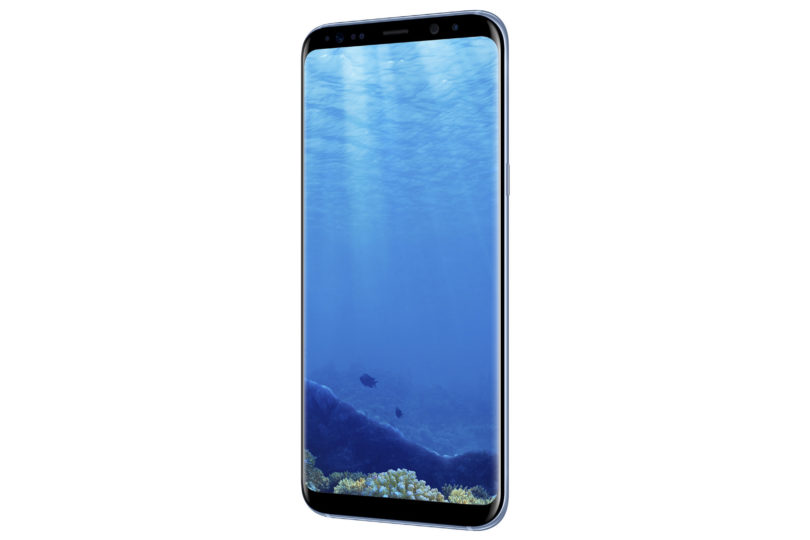 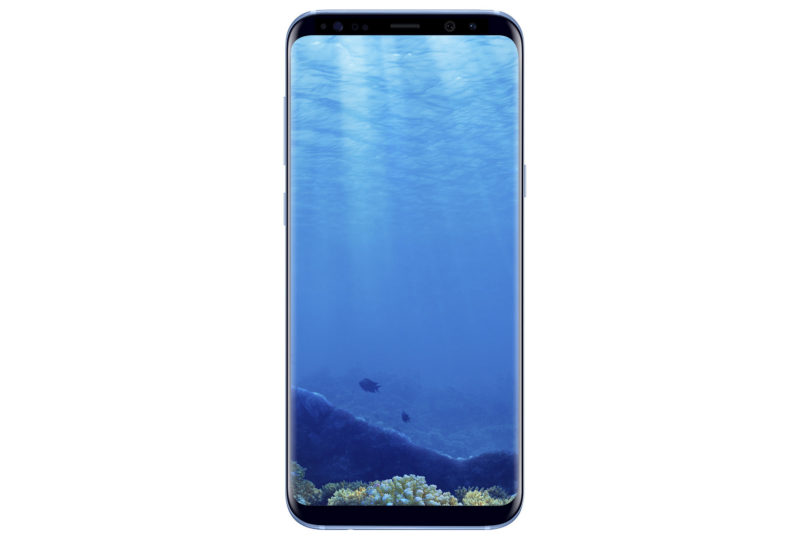 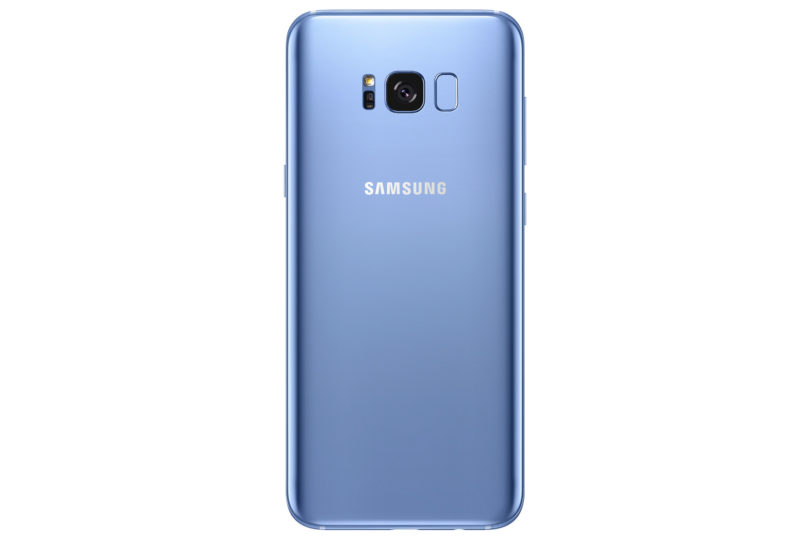 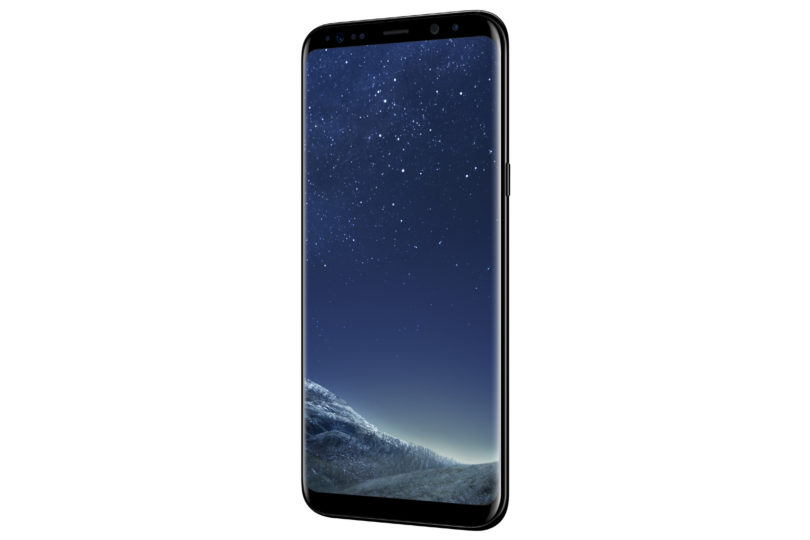 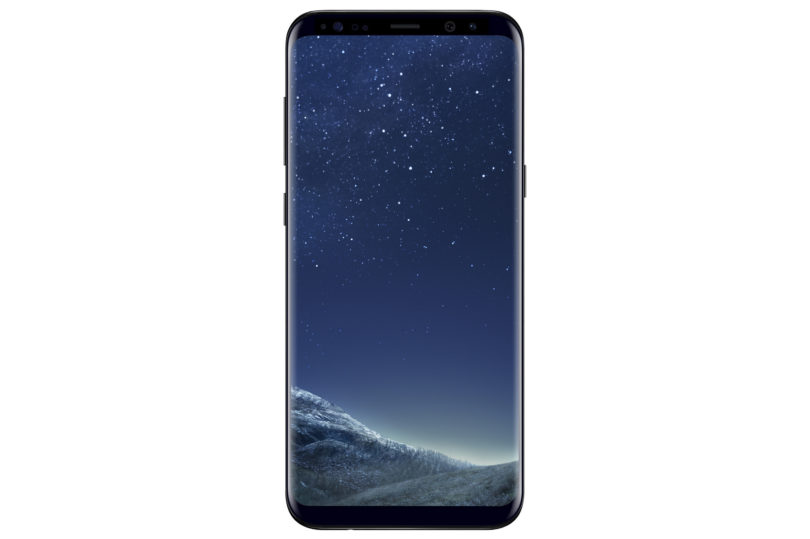 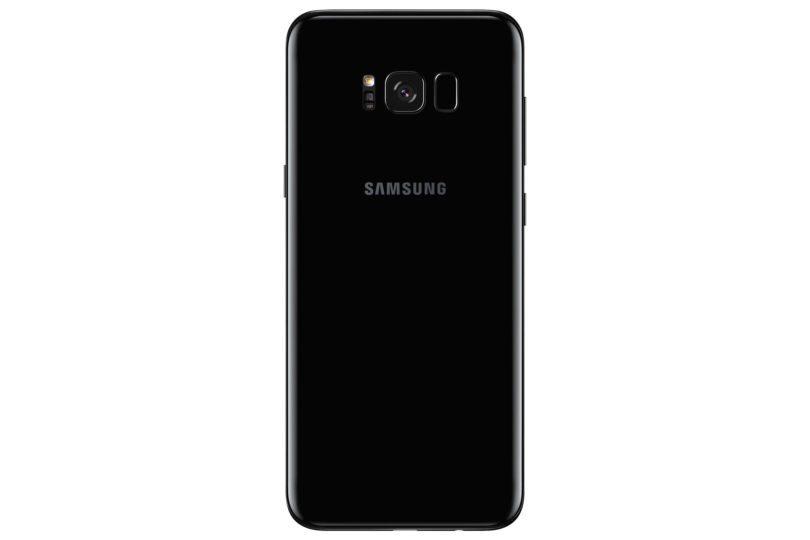 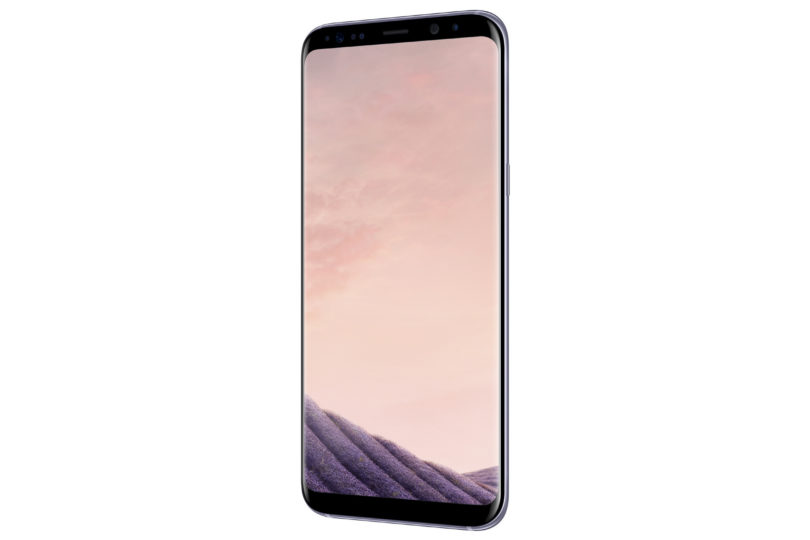 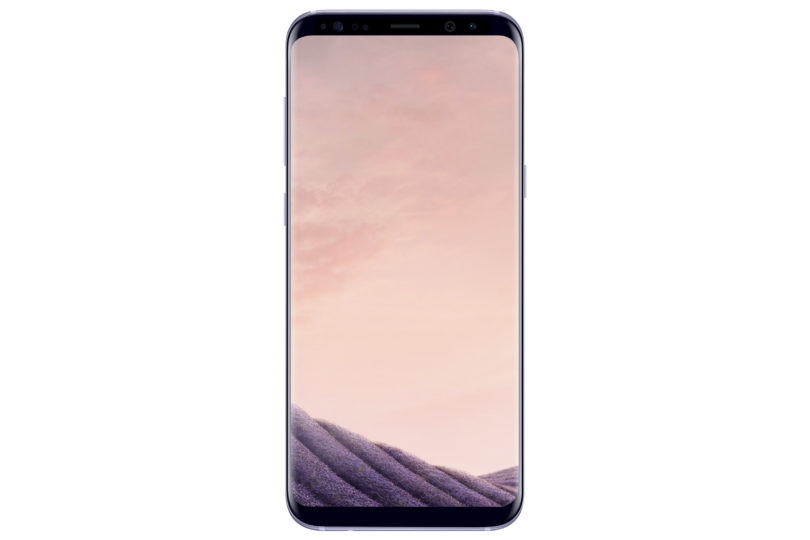 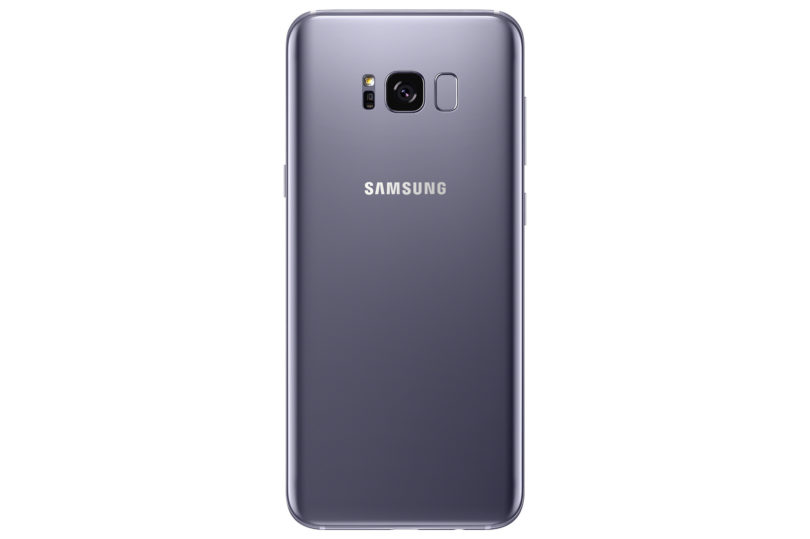 Samsung Galaxy S8 and Galaxy S8+ will be coming with 4GB of RAM and 64GB of storage models, with both versions supporting microSD for extra storage up to 256GB. Colors of the Galaxy S8 and S8+ will be Blue Coral, Midnight Black, Arctic Silver, Orchid Gray, and Maple Gold.

Samsung Galaxy S8 and Galaxy S8+ are already available for pre-orders for the starting price of $720. The offer includes a free VR Gear goggle.

Samsung has released an infographic that lists differences in specifications and features between Samsung Galaxy S7 and Galaxy S8. Check it out below.