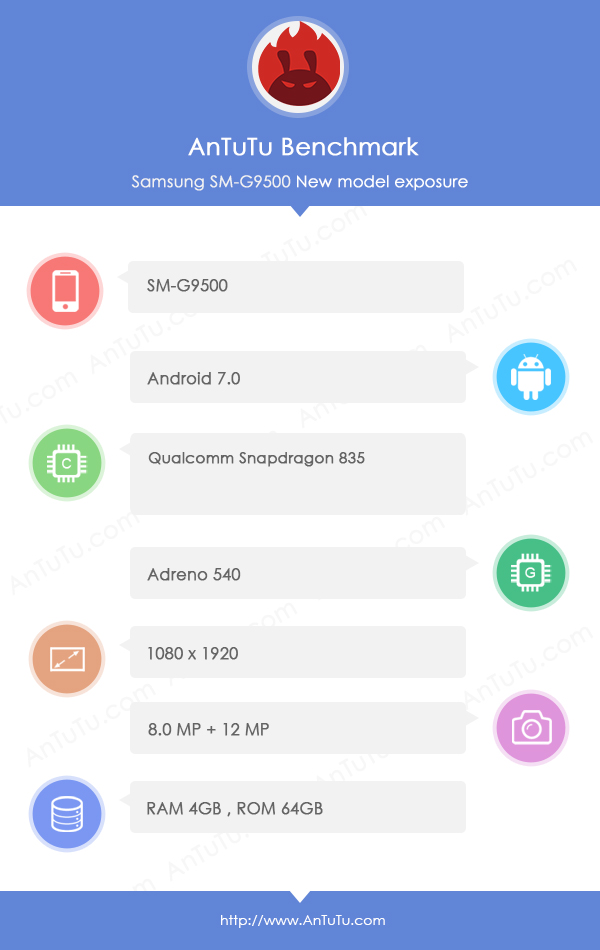 The benchmarking sie AnTuTu has published specifications of what could the upcoming Samsung Galaxy S8 and Galaxy S8+ flagship smartphones. Samsung is expected to launch the 2017 flagship on March 29 and release it for orders starting on April 21. The AnTuTu listing displays the China edition Galaxy S8, the international Galaxy S8, and international Galaxy S8+ edition with versions running Qualcomm Snapdragon 835 and Samsung Exynos 8895 (Exynos 9) chipsets.

But first things first, the above screenshot shows specifications of the Samsung SM-G9500, the alleged China version of the Galaxy S8. It appears sporting an FHD touchscreen display with 1920 x 1080 pixels, running Qualcomm Snapdragon 835 with Adreno 540 GPU, 4GB of RAM, 64GB storage, and Android 7.0 Nougat.

It sports the 12MP dual-pixel camera on the rear and an 8MP camera at the front. 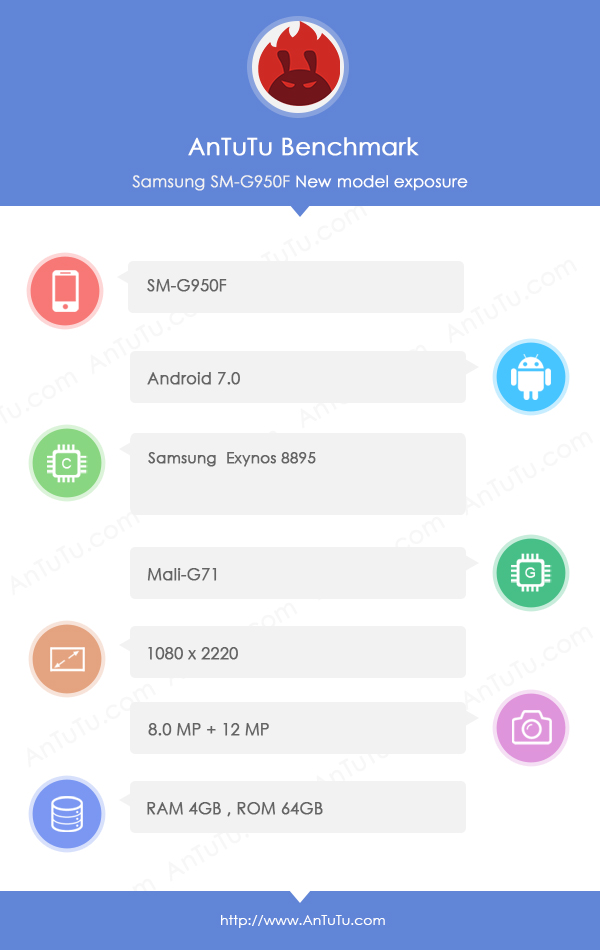 The second AnTuTu exposure consists of the SM-G950F, this is believed to be the international version of the Samsung Galaxy S8. The handset appears running Samsung Exynos 9 backed by Mali-G71 GPU and 4GB of RAM, 64GB storage, and Android 7.0 Nougat. It sports the 18.5:9 display with more pixels than the Chinese edition, 2220 x 1080 and features the same camera setup as its Chinese sibling. A 12MP dual-pixel camera and 8MP selfie snapper. 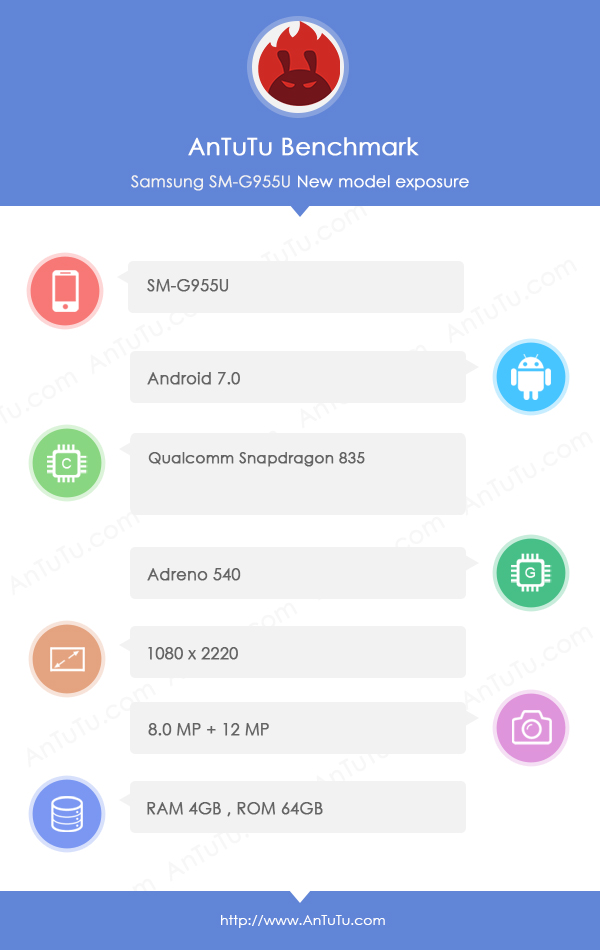 The third listing is about the Samsung SM-G955U, this is believed to be the international version of the Samsung Galaxy S8+ running Qualcomm Snapdragon 835 chipset. It also has 4GB of RAM and 64GB of ROM topped by Android 7.0.

The screen remains limited at FHD resolution (2220 x 1080p) and cameras are the standard units. 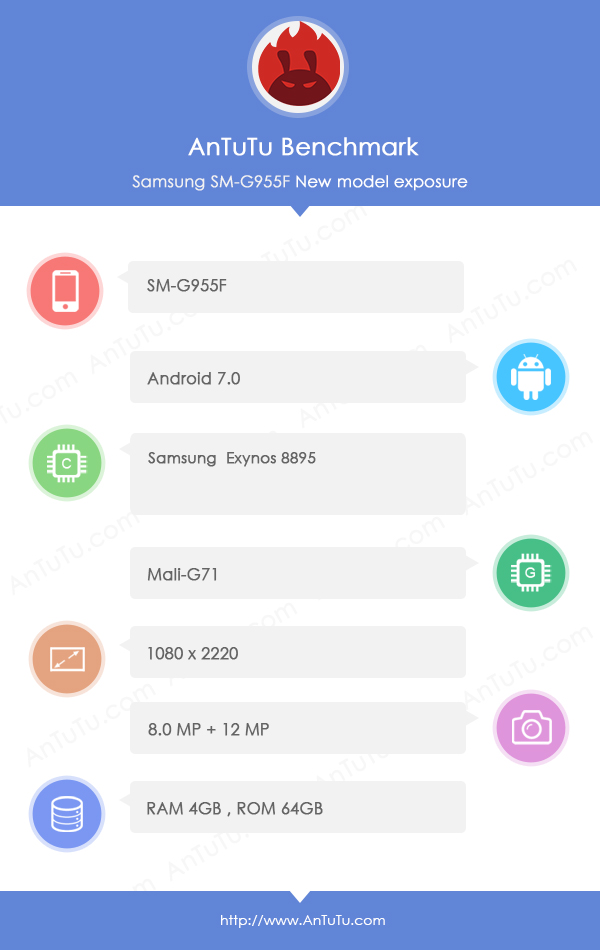 To avoid misleading, Samsung did not downgrade its flagship to an FHD Super AMOLED display. The Galaxy S8 and Galaxy S8+ will be sporting QHD screens, just Samsung suddenly switched to rendering surfaces as 1080p. What the listing displays are that Chinese editions of the Galaxy S8 and Galaxy S8+ may not have the 18.5:8 aspect ratio. That might be reserved for international versions only.