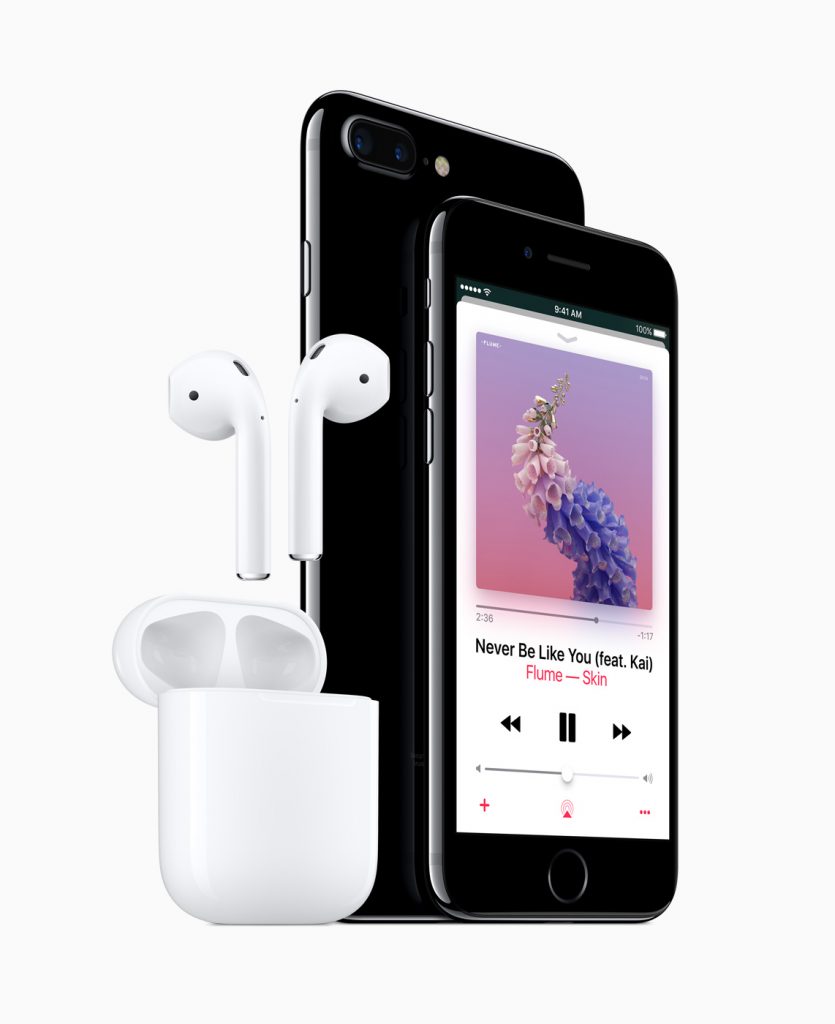 Yesterday, Apple announced the best new phones money can buy, the iPhone 7 and its larger version iPhone 7 Plus during a special event. Apple introduces the upgraded iPhone series each year in the month of September and so far it was no surprise to anyone. The only surprises were products themselves, unique, innovative, and came featuring new upgrades as well as dropping old features. One thing Apple has surely won with the new iPhone’s and that is controversial opinions over the iPhone 7 and iPhone 7 Plus features.

The new iPhone devices will come in the standard 4.7-inch and the Plus version measuring 5.5-inch of a display. The new HD Retina display featured on the brand-new iPhones offers more colors than the previous device, on the iPhone 7 display sports a resolution of 1334 x 750 pixels, while the iPhone 7 Plus boasts 1920 x 1080 pixels. Both units sport similar pixel density (iPhone 7 features 326PPI and iPhone 7 Plus has 401PPI), the larger available amount of the iPhone 7 Plus comes because of its larger size. In terms of display, both phones pack the same quality screen. And on top of that touchscreen panel, you have Apple’s own-invented 3D Touch to help you execute tasks with maximal ease. 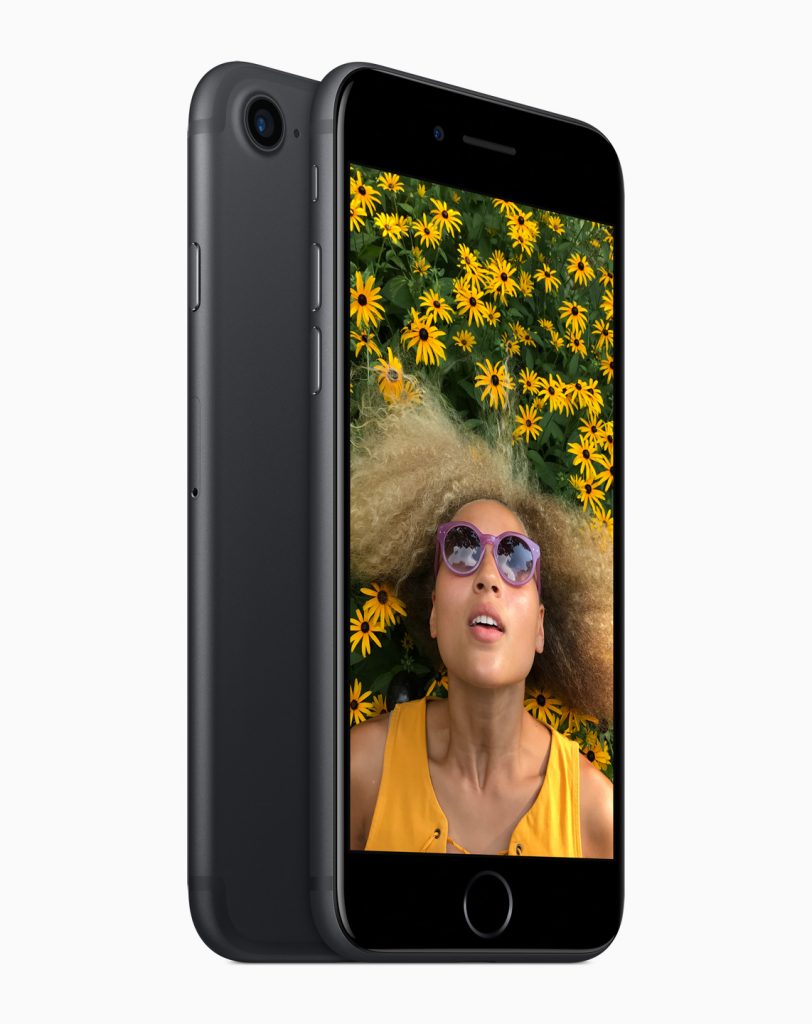 Apple this time favored the iPhone 7 Plus in the terms of camera features. While the iPhone 7 comes sporting a 12MP Optical Image Stabilization camera with a large f/1.8 aperture lens and five-time digital zoom, iPhone 7 Plus sports two units of the same camera on the rear, adding on the second a telephoto f/2.8 aperture for better images and better-snapping 4K videos. On the front, both iPhones feature a 7MP FaceTime HD camera with f/2.2 aperture lens and Retina flash.

iPhone 7 Plus currently is powered with the best camera featured on a mobile device by far. 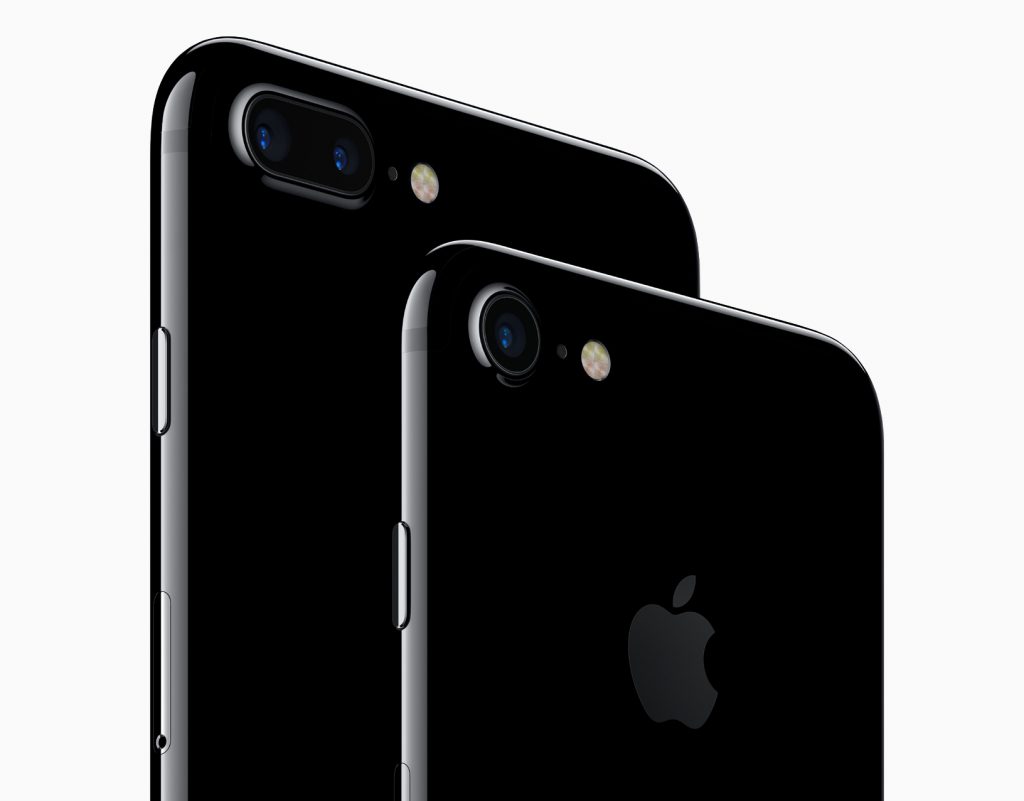 The iPhone 7 comes powered by the most powered processor announced by far also, the new Apple A10 Fusion chip is 70-percent more powerful than the last year’s A9, and it comes backed by the company’s M10 Motion co-processor paired with the iOS 10 upgrade for the best user interface available. Storage models of the iPhone 7 have changed, this time there won’t be any 16GB iPhone 7 or iPhone 7 Plus, the standard iPhone 7 begins at 32GB of storage and reaches up to 256GB storage iPhone 7 model.

Thanks to the Apple A10 Fusion processor, the iPhone 7 and iPhone 7 Plus have the ability to connect to the 4G LTE network at a maximum speed of 450Mbps. Setting up a record for network speed. Other connectivity supports are all top-notch, to mention some, lets start with the 802.11a/b/g/n/ac Wi‑Fi with MIMO, Bluetooth 4.2, NFC, GPS, the multi-functional Home button with 3D Touch and embedded Fingerprint sensor, Apple Pay, and the world’s best virtual assistant for mobile devices, Siri. 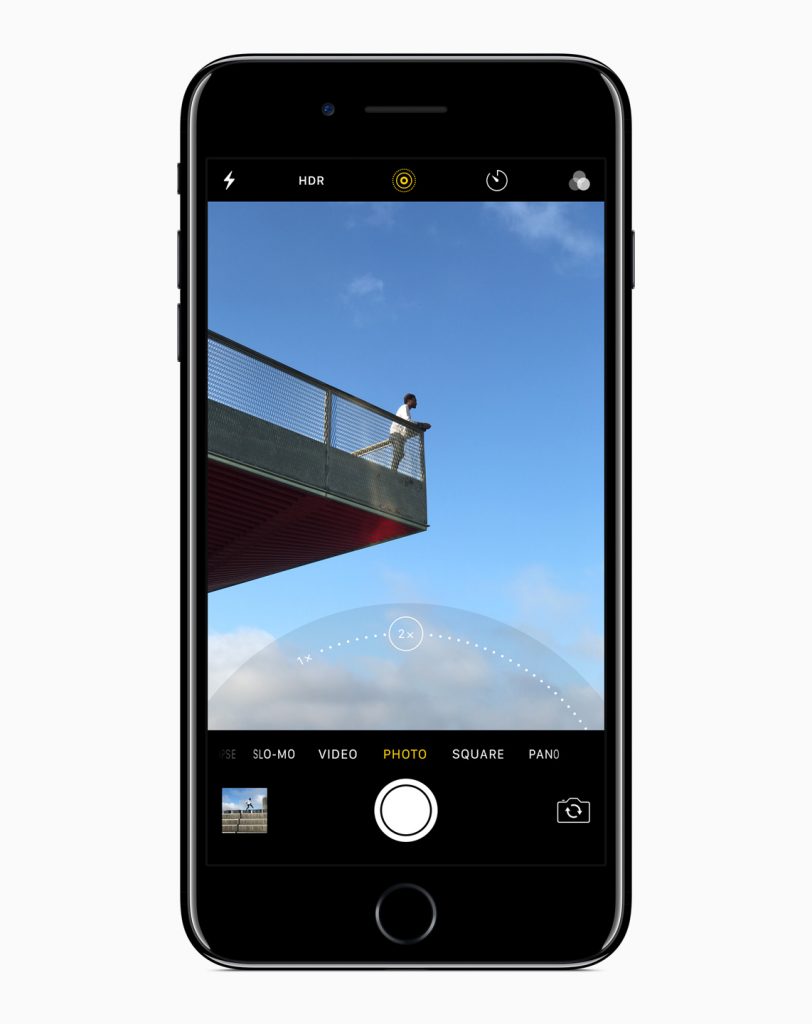 The innovative tech on the new iPhone 7 is that it isn’t afraid of water or dust. Its dustproof and waterproof certifications back-up this claim. However, Apple launched the iPhone 7 and iPhone 7 Plus without a headphone jack, instead, Apple encourages the use of wireless earbuds, and to not make its users miss them, Apple will ship the iPhone 7 units with a free AirPod wireless earbuds. Many controversial reactions about the headphone jack-less iPhone 7 followed the last night’s announcement, many consider the AirPods very expensive (they cost $160) and easy to lose them. As Apple’s AirPods weigh only 8 grams they lack a GPS sensor to notify you via a phone alert if they drop and they’re in real risk to be lost all the time. However, most of those who are pro headphone jack believe that the headphone jack its self is not an outdated tech and is not even the time to drop it down. Apple AirPods lack serious features in the design whatsoever.