This year is set to be the time when the next generation of cellular networks will make their much-awaited debut. The future of mobile networks is 5G and it will do much more than faster download and upload Internet speeds on premium mobile phone devices.

The successor of 4G sets to change the way we interact with connected technologies. Devices running the 5th generation network will be able to move data at greater speeds, be more responsive (the time at which devices take to communicate with each other is at around 50-70 milliseconds, 5G is aiming for a latency of under 1milisecond), and connect to a lot more devices at the same time.

To enjoy the greater speeds that will be faster than the current 4G you will need a 5G phone and luckily 5G-enabled smartphones are ready to become the pioneers of the 5th generation of mobile network.

5G is the new generation of cellular networks and if done right there may never be a need for developing the 6G. At least not in the short term. 5G operates in three major spectrum bands, although the high-band spectrum is what makes 5G stand superior to the 4G LTE and revolutionizes the way we think about smart devices.

Like any other cellular network, the 5G’s composition will be a system of cell sites divided into sectors that send encoded data through radio waves. What makes the high-band spectrum expected to be the backbone of the 5G network superior to anything we currently have is the minimization in the size of the wavelengths of those radio waves that is accompanied with the increase in the frequencies.

Radio waves belonging to these new and much higher frequencies, measured at around 30GHz, will have the corresponding wavelength measuring from 10 to one millimeter. Thus, the name millimeter wave (mmWave). The high-band spectrum of radio waves doesn’t do well with physical obstacles such as buildings and trades it for speeds, 5G will primarily utilize and rely on small cells.

Small cells are low-powered base stations that cover relatively small areas. Together with beamforming and mmWaves small cells deliver extremely fast coverage and maintain a latency of up to 100 times faster than what we currently have. This technology is what allows 5G to reach speeds ranging from 10Gbps to 20Gbps while maintaining a latency of 1milisecond or lower.

During the early days of the 5G network, it will be distributed to small areas and be backed by the current 4G infrastructure or will have such infrastructure as the backup when coverage issues are encountered. Carriers will initially run the 5G network on lower bands and increase them with time as the network further develops.

Even the development for the fourth generation network hasn’t finished yet. For instance, Qualcomm X24 modem that comes with phones powered by Qualcomm Snapdragon 855 can reach speeds of up to 2Gbps. Such speeds are provided by the current 4G infrastructure. Snapdragon 855-running phones that are modified to support the 5G network feature the Qualcomm X50 modem that is optimized for the high-frequency radio waves.

As the 5G will not be standalone at its debut and will require 4G coverage to work, you will be doing quite well without it in the short term. However, if you want to be future-proof and have a device that will support the next generation of mobile networks, here are the best announced 5G smartphones that you should keep an eye at. 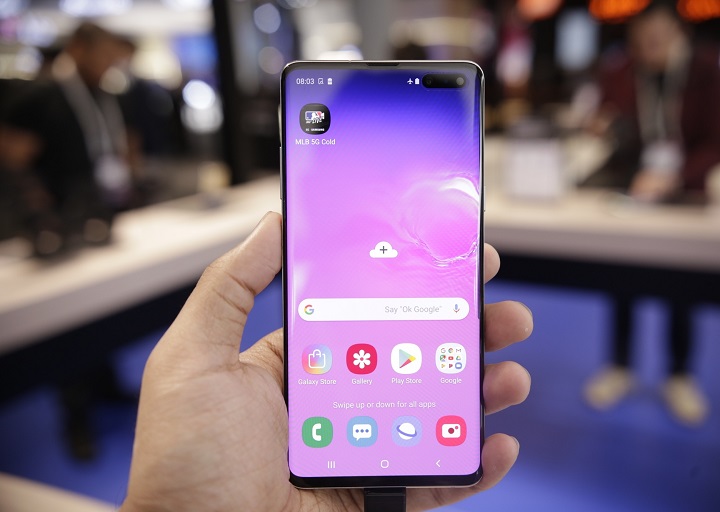 Samsung’s leading Android phone, Galaxy S10, received an early 5G touch ahead of the next-gen network global release. The 5G-enabled Galaxy S10 is the largest of its siblings, this beast of a phone packs a 6.7-inch QHD AMOLED screen with curves on the edges. It is the thickest of the S10 members too, being the only member with 7.9mm body thickness with the other variants being slightly slimmer, 7.8mm. Just like it other siblings, it is built with glass from the 6th generation of Corning Gorilla and is optimized for wireless charging.

Although rendered as a notch-less phone, it actually has a screen cutout notch for the 10MP selfie camera and a time-of-flight sensor that replaces the 8MP depth sensor featured on the S10 Plus. There are four cameras on the back. Two 12MP sensors where one serves as a standard camera and the other is a telephoto sensor, a 16MP sensor with an ultrawide angle, and a forth TOF sensor. The new generation of Samsung flagship phones is capable of capturing 4K videos with the cameras on either side. This grants them a first-place in the race for the best camera phone for the time being.

The mammoth Samsung phone is powered by the Snapdragon 855 chipset and it has the Qualcomm X50 Modem that allows it to become a 5G-compatible smartphone. It has 8GB of RAM and Android 9 Pie with the One UI skin built over it. The current model that has been in the showcase has 8GB of RAM and 256GB of local storage, however, when the product launches it will most likely be having a 12GB of RAM edition with 512GB and 1TB of local memory capacity just like the S10 Plus has.

While there isn’t any 5G network for the phone to run in, the S10 5G is rather a larger S10 Plus that doesn’t do anything better than it. 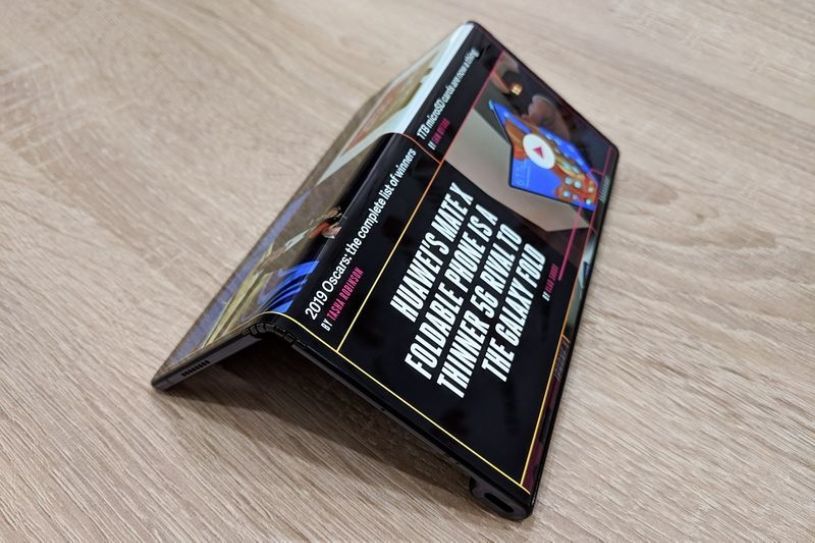 Huawei might just be the company with the most produced 5G phones in 2019. The maker of prime China phones is expected to have two Huawei-branded 5G phones and a third Honor 5G flagship phone. The only unit announced to date is the Mate X, the world’s first 5G foldable phone.

Huawei followed a different design concept from the one implemented on Samsung’s Galaxy Fold, another phone that features a foldable screen. It folds face out and with such design, it doesn’t need to have a secondary selfie camera setup.

When unfolded, the Mate X gets an almost square-shaped 8-inch display and when folded it turns into a 6.6-inch phone that is thicker than a regular phone. The OLED screen on the Mate X features a resolution of 2200 x 2480 pixels.

There are four cameras placed vertically one over the other in the back of the phone. The cover screen is built to fit tight just next to them when the phone folds. This phone houses a 40MP regular camera, an 8MP telephoto sensor, a 16MP ultrawide camera, and a time-of-flight sensor. The cameras on the Mate X are made by Leica and have impressive capabilities.

Huawei’s folding phone runs the 7nm Kirin 980 and has 8GB of RAM and 512GB of internal memory. The storage can be expanded via Huawei’s Nano Card, an attempt by the company to replace microSD cards. There’s little information about the modem Huawei uses to make its device 5G-capable. Buttons and a fingerprint sensor are mounted on the side of the handheld device. 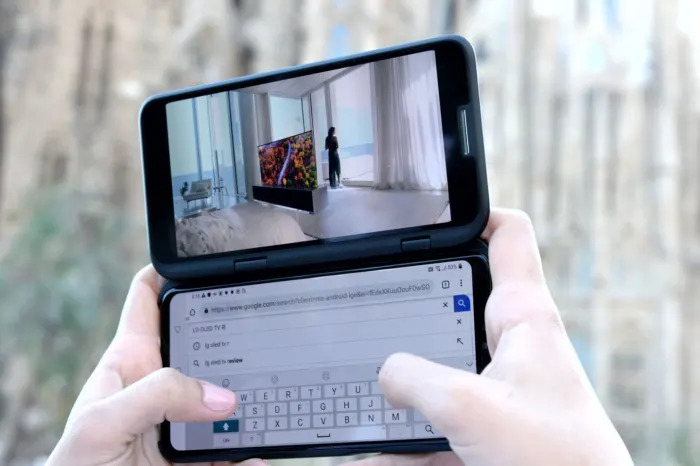 LG’s 5G flagship phone is primarily a V40 ThinQ from late-last-year with a faster processor and a modem to make fitting to connect to 5G networks. Despite sharing most of its qualities with a phone LG currently has in stock, the V50 can turn into a folding phone with an attachable accessory. The second screen on the V50 ThinQ comes shaped like a cover case and in it, there’s a 6.2-inch OLED panel that can be used independently or along the primary 6.4-inch QHD+ panel. You can browse the web or open your social media in one screen and stream a movie in the other. The function to use the secondary display as a touch-only game controller. LG’s concept of a folding phone may just be better. It certainly delivered a high-end Snapdragon 855-powered gaming phone to keep an eye at.

Most of the other feature supports of the V50 are shared with the V40 ThinQ. It has the same triple camera-setup on the back and dual front-facing cameras. The chipset, in this case, is the Snapdragon 855 and it has 8GB of RAM and Android 9 to back it up. The onboard storage is 128GB with the support to extend it further via a microSD card.

LG’s folding flagship is a not-so-common premium phone featuring the earphone jack. It sports a fingerprint reader on the back and packs a 4,000 mAh battery, a unit with a larger capacity than the one found on the V40 ThinQ which is also used to power the secondary detachable screen. 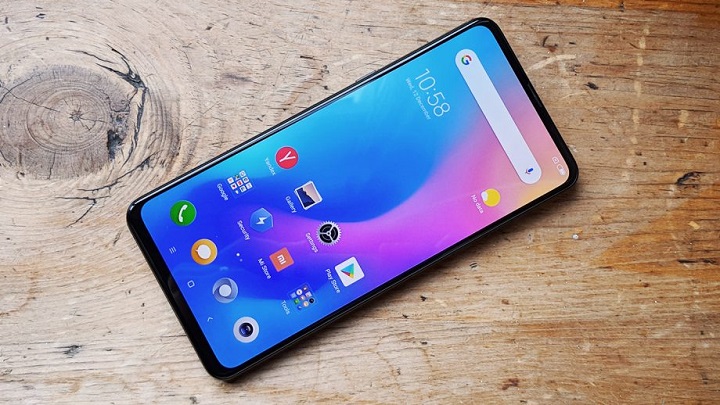 The maker of high-performing affordable phones, Xiaomi, upgraded its recently-released Mi Mix 3 with a 5G edition. The 6.39-inch Mi Mix 3 5G edition is the same Mi Mix 3 with a Gorilla Glass 5 panel on the front to protect the FHD OLED screen and a ceramic body on the back.

The bezel-less 3rd generation of Xiaomi Mi Mix with 5G network compatibility also rocks the back slider where the selfie cameras are mounted that avoids giving a screen notch to the device. Two 12MP cameras on the back where one of which is a telephoto sensor and two selfie cameras offer high-resolution photoshoots and video recordings on both sides.

This upgraded Mi Mix 3 will be housing Snapdragon 855 chipset and will most likely have an 8GB, and 10GB of RAM special models just like the standard Mix 3. Android 9 with MIUI 10 overlay come pre-loaded into the phone and there’s a 3,800 mAh battery to power it. The battery on the 5G version of the Mix 3 has its capacity increased by 600 mAh. 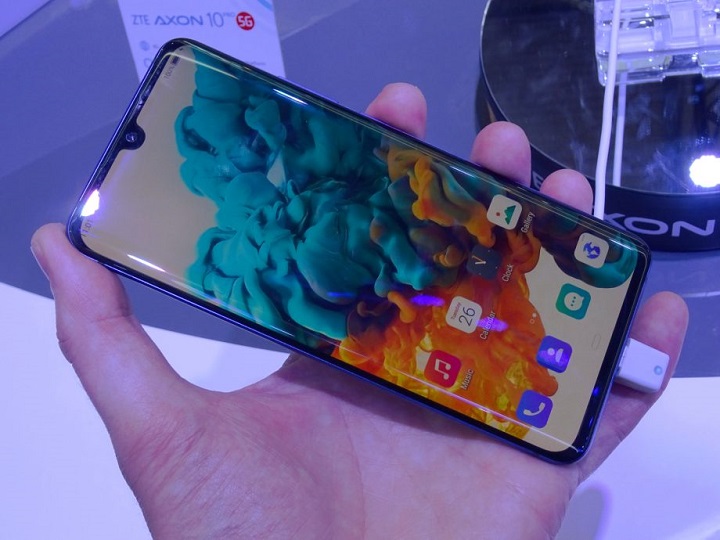 ZTE had tipped off about an upcoming smartphone that features a curved display since 2017 and it is finally here. The ZTE Axon 10 Pro 5G sets to succeed the Axon 9 Pro sometime later this year, it might as well become the first Android One 5G phone in case ZTE decides to load it with the same software as the current Axon flagship, the 9 Pro.

ZTE has experimented quite a lot with its digital products. The China-based mobile phone producer introduced the dual-screen Nubia X, an unusual concept design of a smartwatch with 4G LTE cellular functionalities and a camera called Nubia Alpha, and it now sets sight to next-generation 5G mobile phones.

The future ZTE Axon will be very distinct from the present top dog performer phone. It will be larger, the front screen will measure 6.47-inches and will be hosting an FHD OLED panel that will have a slight cutout notch for the 20MP selfie camera right on the upper center. The fingerprint sensor is embedded under the display and there will be three cameras on the back and one at the front.

Cameras of this phone are appealing. The stunning 48MP Sony imx586 camera will be assisted by a 20MP ultrawide angle and an 8MP telephoto sensor. Aided by the 7nm architecture Snapdragon 855 built for AI, the ZTE phone of the future will undoubtedly make the most of its impressing camera sensors. There will be 6GB of RAM with 128GB of expansive memory with Android 9 on the top.