Smartwatches by far have been limited in function due to the necessity of having to be connected to a smartphone. Although many of the best smartwatches the global market has to offer still need data syncing with a phone for the utmost performance, major steps are being taken to make these smart timepieces self-dependent.

A smart watch combines features found in mobile phones, activity trackers, and health monitors and packs them up into a tiny gadget that can be worn into your wrist. The custom-designed operating systems for wearable devices enable smooth user experience and easy navigation.

The road to standalone smartwatches started with manufacturers adding a SIM card slot to their device, which didn’t prove to be successful. The thing is, you’d have to either take the card off your phone and install it on your watch or get yourself a second SIM. Both options are unpleasable for the end user as they’re forced to either drop their phone for a not-that-great cellular experience or spend double to carriers.

The revolutionary electronic SIM chip came just in time to push smartwatches towards becoming a smartphone replacement option. While either a smartwatch has the potential of replacing mobile phones or not is to be seen, here you’ll be finding everything you need to know about LTE in smartwatches.

How smartwatches connect to 4G LTE network and do you even need one?

LTE stands for Long Term Evolution, and it is a type of 4G that delivers the fastest Internet connection on a mobile device. LTE is commercially known as Fourth-Generation Long Term Evolution (4G LTE, although 4G and LTE are not exactly the same thing).

Regarding smart watches, the LTE addition will allow you to connect to cellular networks and make and answer to phone calls, send and receive text messages, connect to the Internet without the requirement of a mobile phone or a WiFi connection, download apps and games that may require a network connection and become part of other smartphone infantilities. The whole pack of cellular features on watches is brought by eSIM’s, electronic SIM chipsets that can do everything your SIM can do on your phone. The eSIM on your wearable device will even become the same number as your phone, and you may call or text your friends via your watch without fearing that they’ll not recognize you.

LTE smartwatches can bring the phone frenzy to your wrist, but they’ll still not replace your phone. Those tiny batteries are not powerful enough to power up all of your apps and games which are installed on your phone in the long run. But they can give you a cellular experience when your phone runs out of battery or when you forget it at home.

Convinced that you need to get yourself a smartwatch with 4G? These are your best choices at this time: 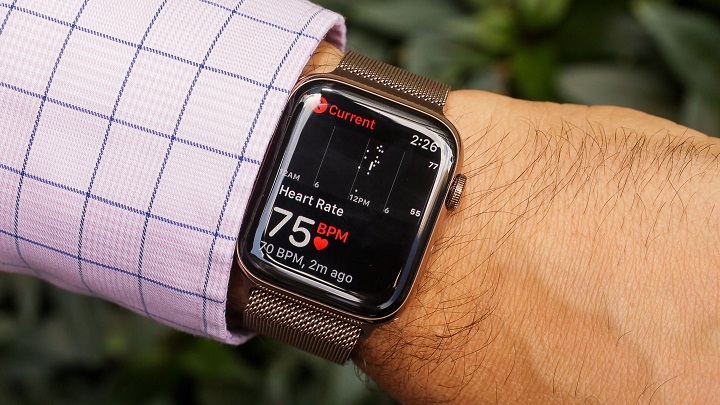 The Apple-made smartwatch for iPhone is one of the best watch phones out there. The fourth-generation of Apple Watch continues the cellular edition via the embedded eSIM for the carrier to activate and set up and adds significant upgrades to its activity and health-related feature supports.

The fourth-generation Apple Watch is one of the most advanced fitness smartwatches of the year. Apple equipped its flagship wearable, not with one heart rate sensor but two. Along the optical heart sensor that you can stumble upon on any of the top-quality watch phones mentioned on this listing, Apple added a second electrical heart sensor. The two heart rate monitors combined with software support are built to alarm the user in case of irregular heart rhythms.

Apple Watch Series 4 has more to offer regarding the wellbeing of its user. The sensors packed in it specialize in recognizing dangerous falls and in case things occur, the Apple wearable will automatically initiate an emergency phone call. When this smart wristpiece calls the emergent assistance it will notify your pre-set emergency contacts, send your location, and display your medical ID badge on the screen for the emergency personnel.

The Apple watch phone outperforms its predecessor by two times with its dual-core 64-bit S4 processor. It has twice the amount of built-in internal memory capacity and has its touchscreen display rounded on the edges to enhance the stylish outlook. 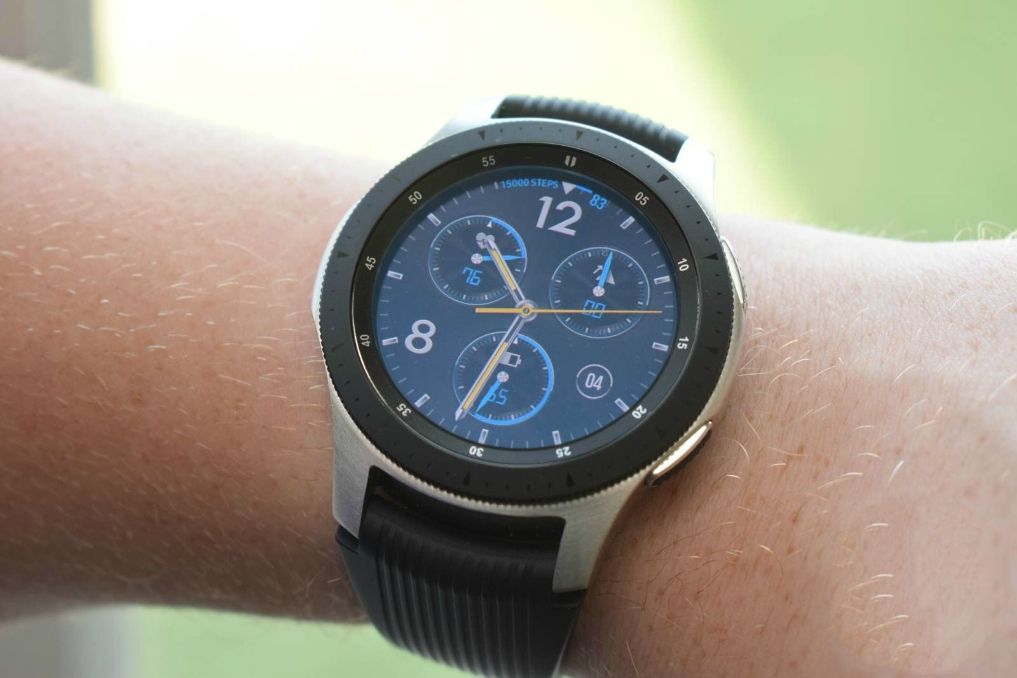 Samsung retails the best Android smartwatch which doesn’t even run on Google’s Wear OS for connected wearable devices. Although Apple’s smartwatch flagship does have better sensors to track health and sports, specifically sensors that measure heart rate, it does not connect to Android phones. Samsung’s smart wristwatch with 4G will not force you to drop your iPhone for an Android as it will work perfectly fine with either of them.

The Tizen-based Galaxy Watch Cellular edition with LTE is made to last. It equals the Gear Sport as a waterproof smartwatch that can withstand water pressure of up to 5ATM. Regarding fitness, Samsung equipped this wearable with sensors to automatically detect over than 40 different sports and switch amongst them. It also tracks heart rate to deliver fitness data on your mobile app and will include GPS data when you start moving from your location in the activity reports.

Despite having more to offer when paired with a mobile phone, the Galaxy Watch can do quite a lot on its own too. Due to the integrated eSIM card, it can make phone calls and send text messages just like your phone and you can even shop for products with it.

Samsung offers a rose version of this wearable that makes for an outstanding stylish smartwatch for women and an Active edition of Galaxy Watch as an alternative affordable connected watch. 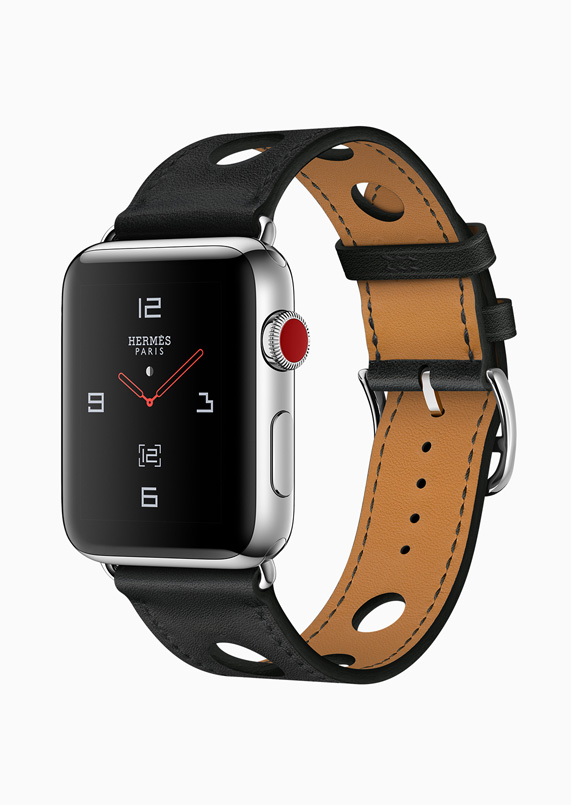 The third generation of Apple Watch is a thing of beauty. Very few are watches that look as good as this one on your wrist, and there’s none better to pair with an iPhone. The built-in cellular upgrade is sending Apple Watch Series 3 toward becoming a standalone smartwatch.

The LTE support on the Apple Watch 3 is brought to you via an embedded eSIM chip that automatically switches on cellular mode when it’s kept in a distance from your iPhone. The watch’s eSIM will take all the information of your phone number on iPhone, and you’ll be allowed to make and receive phone calls, send messages to your friends, and connect to the Internet via the WatchWeb or use social apps.

The 3rd Apple Watch promises 70% performance improvement while maintaining the size and design intact from previous generations. Thanks to its 4G LTE support you may stream and listen to music on your favorite wireless earbuds, Apple AirPods, without having to pair your watch with an iPhone. It can track many different sports in its line of activity tracking supports. It’s probably the only watch to monitor skiing and snowboarding. Swimmers will love Apple Watch too as it’s capable of resisting to water pressure down to a depth of 50 meters. You just don’t get to stumble over a tough smartwatch with this many features every so often. 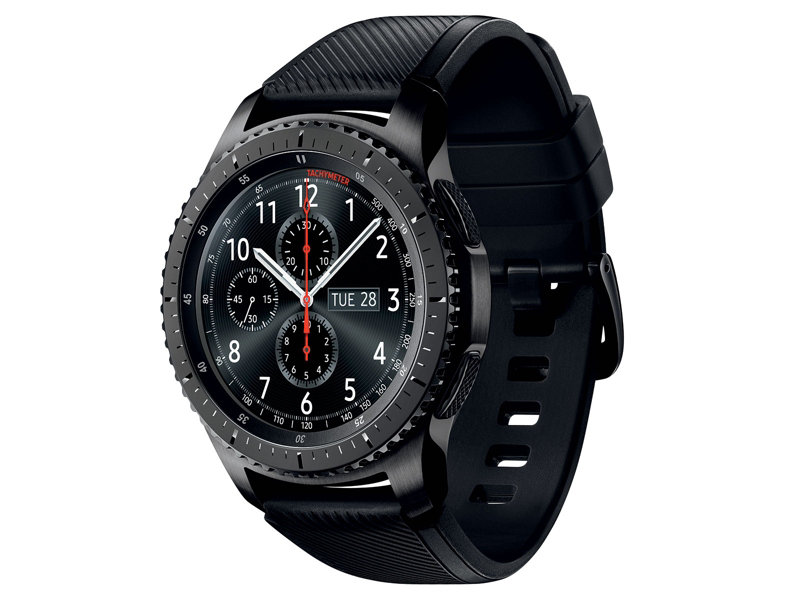 The Gear S3 Frontier is the rugged version of the Samsung Gear S3 smartwatch. It’s designed to have additional durability for outdoors, and it has an embedded GPS sensor and an eSIM chip. If you don’t like rough gadgets, the Gear S3 Classic has a luxury outlook, and it also supports LTE connectivity.

With the built-in electronic SIM on the Gear S3, you can connect to the LTE network via your wristwatch and use it just like a cellular phone. The bezel on this watch is designed with a purpose, and it lets you answer to calls and navigate through apps, control music volume, read emails and more with just a twist on the bezel. Everyone loves touching the bezel of their luxury watch, with the Samsung Gear S3 watch you’ll be turning it for a purpose.

You’ll also be getting yourself a personal assistant on your wrist. The S Voice will take your commands to tell you scheduled appointments, open apps, it’ll also set reminders for you, and most importantly, it’ll speak out the time to you. On top of all these stay the advanced activity and health tracking features and supports of the Gear S3. Definitely, a must-have smartwatch. 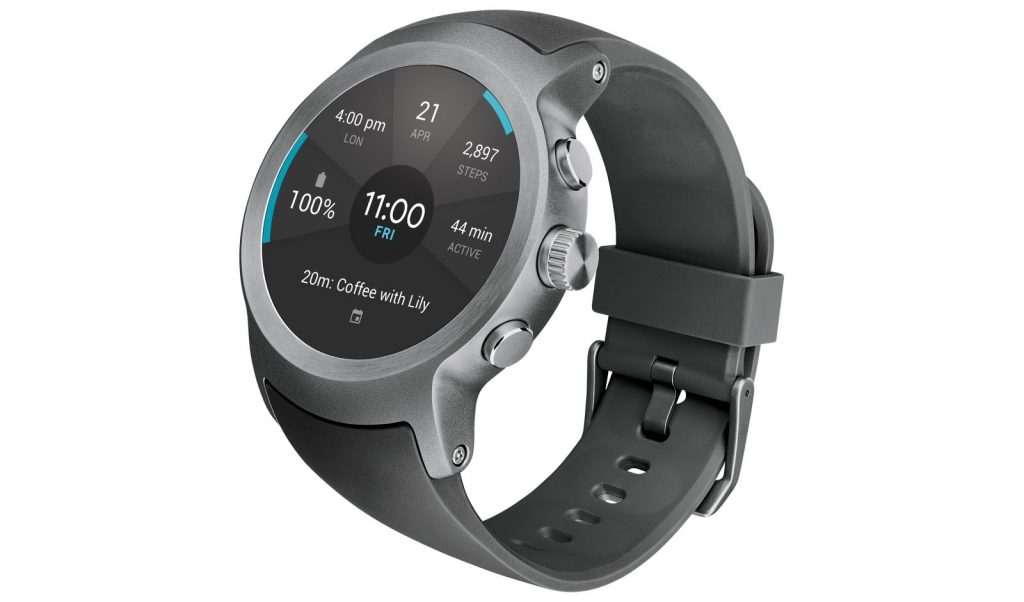 Watch Sport by LG is one of the best watches of choice for sportsmen. Not only for its advanced activity tracking and connectivity features but also for its sleek design that looks great on any wrist. The LG Watch sport is one of the few smartwatches with 4G connectivity and one of the even fewer units that support wireless charging. A smartwatch with wireless charging and 4G that will record everything you do, what else could you need?

This great-looking watch from LG does not have an eSIM (kind of outdated in that direction as it practically requires a nano-SIM card), but it can share the same number of your phone to your watch through AT&T’ NumberSync service.

If that’s enough to meet your LTE criteria in a smartwatch, the LG Watch Sport might be the right smart timepiece for you. It is resistant to dust and water, monitors your heart rate and activity and displays all the reports on Google Fit fitness tracking and health app and can stream music to your wireless headphones while you’re exercising. It accepts voice commands through the pre-loaded Google Assistant that comes as part of the Google’s Android Wear OS for wearable devices. 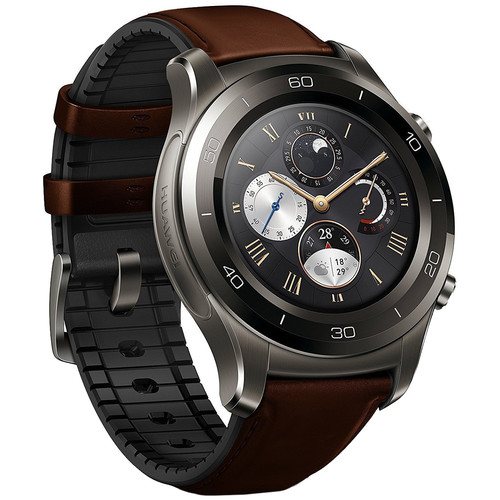 Huawei Watch 2 was the first Android Wear watch with an embedded eSIM out of the box. Furthermore, the 4G version of the Huawei Watch 2 can work in both eSIM and a SIM card as it has the slot. The watch packs great stuff regarding connectivity supports and features.

Just like any other top-end smartwatch, the Watch 2 by Huawei has a bunch of sensors that record movement and heart rate. The built-in activity supports on this standalone smartwatch will provide live GPS mapping of your walk, hike, run, or cycle. It’ll also display records of your heartbeats and help you exercise more effectively through its pre-loaded workout trainer app. Listening to offline music while you train is also on the list of supports.

The wearable its self is amazingly beautiful to wear, it has countless of skins from the classic to modernized outlooks with apps and widgets and it can take voice commands thanks to pre-loaded Google Assistant.