Looking for the top smartwatch that works great with your iPhone? The good news is that there are a lot of futuristic smartwatch choices for iPhone users. Equipping hi-tech sensors for monitoring your location at real-time and keeping an eye on your heartbeat rate to then deliver detailed fitness reports to your mobile device when you connect the watch with your iPhone. The iPhone-compatible watches are as well designed with luxurious patterns to ensure that you’re always wearing a fashionable gadget on your wrist.

It is no secret. No other watch interacts as good and has as many enabled feature supports when connected to an iPhone than an Apple Watch. The only downsides to it are that it looks “too digital” and will connect only to iOS devices. In case you decide to give a try at replacing your iPhone with an Android, you might have to start looking for a smartwatch for Android also because an Apple Watch will not connect to your Android.

Made up your mind that your iPhone needs a smartwatch? Here are the best smartwatches for iPhone your money can buy. 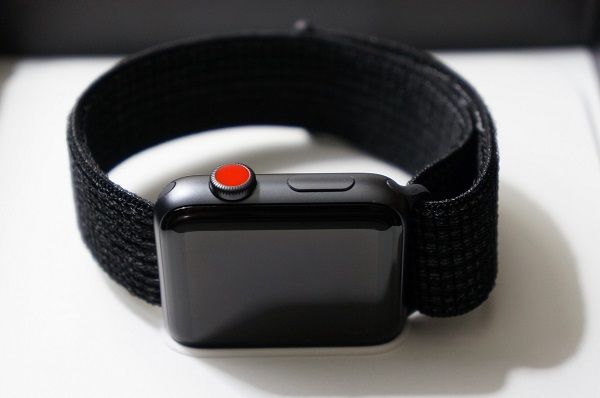 The Apple Watch Series 3 comes in various versions. The GPS edition of this wearable comes in the standard version and a Nike+ custom GPS smartwatch made for running. The Nike edition of it has custom Nike-empowered training programs, including in-ear audio coaching and Nike’s fitness application.

The GPS standard and Nike+ editions of the timepiece feature a heart rate sensor, the S3 dual-core processor that’s 70 percent faster than the S2 featured on the previous generation and eight gigs of free memory for you to load with applications, games, and songs. The Series 3 Apple Watch water resistant and can is certified for surviving water pressure when submerged to a depth of 50 meters of water. Although, it is not recommended you regularly expose any of its editions to the water. If you need a watch that’ll not mind getting wet, take a look at these smartwatches made for swimming and diving.

With the GPS Apple Watch Series 3 you can get for yourself a top-notch fitness smartwatch that will track your activity, heartbeat rate, and offer on-map route suggestion and navigation and music playback. 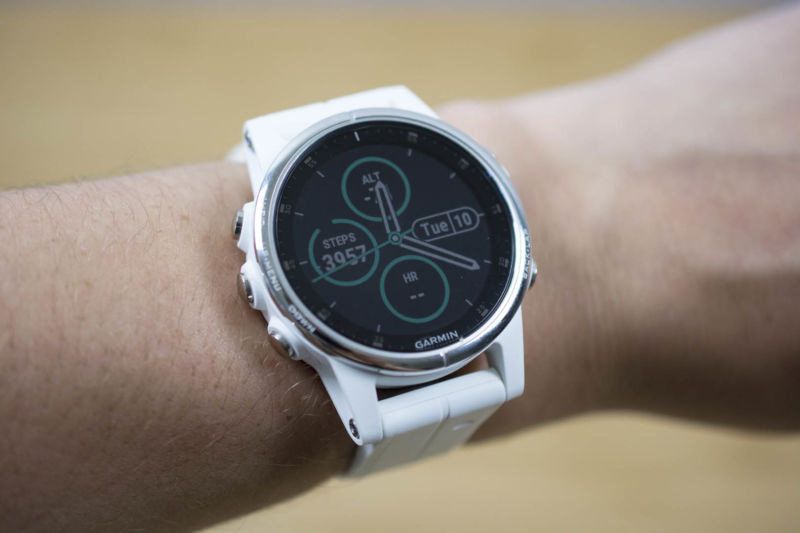 Garmin Fenix 5S Plus is one of the most superior smartwatches in the world and the best alternative to Apple Watch series for a smartwatch that works exceptionally well with an iPhone. Its circular pattern gives to it superiority in design and its advanced package of features and additional durability grants to the wristwear prevailing functions and connectivity.

This Garmin watch for iPhone has a 10ATM water resistance and packs GPS and heart rate sensor, and 16GB of free memory. It connects with iPhone via the Garmin Connect app for iOS where you gain access to detailed reporting regarding your physical activity. This fitness tracking wearable has tracking support for indoor and outdoor activities. There are even coaching programs for you to start training the correct way, for instance, there are over than 40,000 courses for golfing alone.

This excellent smartwear for outdoor sports can track everything from sleeping and walk to running, cycling, hiking, skiing, kayaking, swimming, and more. The activity reports shown on your Apple phone will include distance, speed, pace, strokes, heart rate changes, calorie burn, on-map routes, and even your fitness performance via V02 Max algorithm. On its extensive available storage, you can install more applications and songs that you can directly stream to your wireless headphones to get the most out of your every session of activity.

The Garmin Forerunner 645 Music is another premium watch by Garmin dedicated to runners. Besides being almost entirely devoted to monitoring running, this watch can keep an eye on other sports as well and is resistant to dust and water.

The Forerunner 645 Music smartwatch by Garmin is compatible to any iPhone running iOS 10 or later. Basically, it is a smartwatch that will connect to iPhone 5 and later generations. When paired to an Apple phone, the watch will maintain a record of up to 200 hours of fitness activity and provide detailed fitness reports that involve distance, speed, calorie burn, and heart rate. It also provides information about fitness status via the V02 Max score and has coaching programs pre-loaded into the handset.

It is a complete smart wear concerning software and hardware equipment. There’s GPS on-map navigation and heart rate monitoring sensor, storage for up to 500 songs, and NFC for contactless payments. 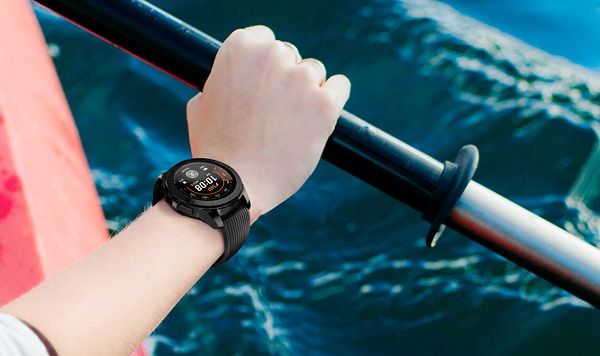 The Samsung Galaxy Watch is a thing of beauty. Despite Samsung Mobile’s devoted dedication to producing electronic devices that run on Android, its smartwatch line of devices maintains to be powered by the company’s Tizen OS. That’s also due to the facts of Wear OS not being able to provide the best of what consumers demand regarding features and user interfaces. One might also think that because of the rivalry between Apple and Samsung, the Galaxy Watch would have feature limitations when connected to an iPhone or that it might not connect at all. But that’s not the case. A Samsung Galaxy Watch is compatible to any iOS device running on iOS 9 or a later version and iPhone 5 and every other Apple phone released after it.

The Galaxy Watch actually is the best alternative to Apple Watch. It has every feature of it and sports a reverse concept design that might be one of the reasons why Apple fans look out for Apple Watch alternatives in the first place.

The premium Samsung watch is waterproof for up to 5ATM of water pressure. It packs four gigs of free memory for you to install applications and songs, has GPS, heart rate monitor, NFC contactless payment support and an LTE cellular version for all of its three models. There’s also is a rose gold version of the Galaxy Watch that makes an excellent ladies’ smartwatch. 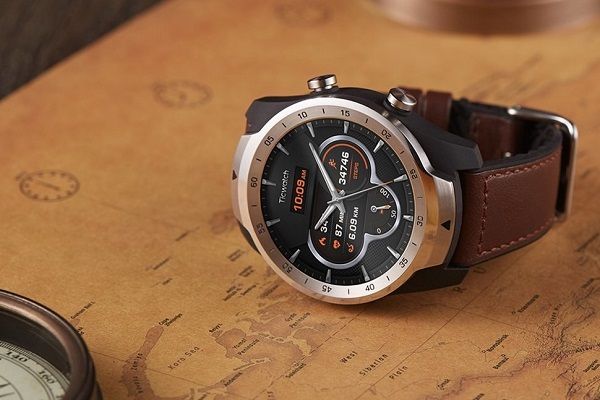 The Ticwatch Pro by Xiaomi’s Mobvoi is one of the best looking smartwatches compatible with iPhone, and that runs on Google’s Wear OS. This round smartwatch with metallic bezels and leather straps sporting an elegant outlook with classic patterns has one of the brightest screens in a watch. The touchscreen display on the Ticwatch Pro has a resolution of 400 x 400 pixels.

Mobvoi’s leading Wear OS smartwatch is compatible with an extensive number of Apple mobile phones. It can connect to any device that runs the iOS 8 or succeeding versions of it. It is a smartwatch that can connect to early iPhone generations as far as iPhone 4S.

This accomplished Wear OS wristwear enjoys GPS and heart rate sensor for advanced fitness reporting and NFC for hands-free payments. It connects to WiFi, has its appearance highly customizable, is resistant to water, and has a fantastic battery life of up to two days. A substantial reason why to get a Wear OS smartwatch for your iPhone is that besides not having an obsolete squared design, watches running on Wear OS are subject to a more significant number of downloadable application variety. 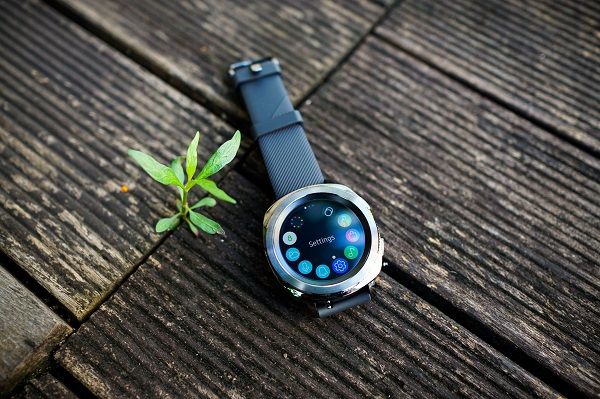 The Gear Sport, a fitness-first smartwatch belonging to the now-discontinued Gear line of Samsung smartwatch series is another worthy Apple Watch alternative and an excellent smartwatch for your iPhone 7 or iPhone 8.

This waterproof smartwatch for iPhone has GPS and HR sensor, but it does not have an LTE version. However, it does have the techie rotating bezel for navigating across the apps, has four gigs of free memory to load with apps and music that you can play offline via Spotify, supports Samsung Pay and has a quite good battery life.

It smoothly pairs to iPhone to deliver phone notifications and displays activity reporting to your Apple phone via the Samsung Health. Water sports that do not expose the device to high water pressure are also supported. The Speedo swimming app covers tracking of activities in the water. 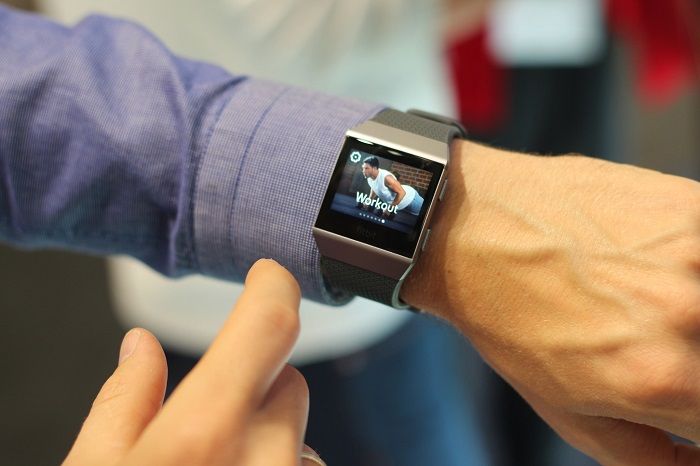 The Fitbit Ionic is largely considered as the best alternative to the Apple Watch due to minimal changes amongst the two, mainly at the software level. Fitbit, similarly to Apple, continues to design smartwatches that have a square concept in their outer look.

The Ionic watch packs GPS and HR sensor and comes pre-loaded with a series of coaching program series for working out. The personal coach will help you train the right way while the built-in GPS offers advanced activity tracking with route finding, distance, speed tracking, and an estimate of calorie burn throughout every session. A full picture of your health and fitness are shown to your iPhone through the Fitbit app for iOS.

Fitbit Ionic has a waterproof certification of 5ATM and will not mind getting wet. There is a whole collection of different sports for which this wearable can adjust its functions and sensors for more accurate tracking. It even has a yoga mode that will time breathing for you.

The watch supports offline and online music streaming via Pandora and Deezer and can stream music to your Bluetooth earphones. The NFC support for contactless payments highlights its overall technical specs. 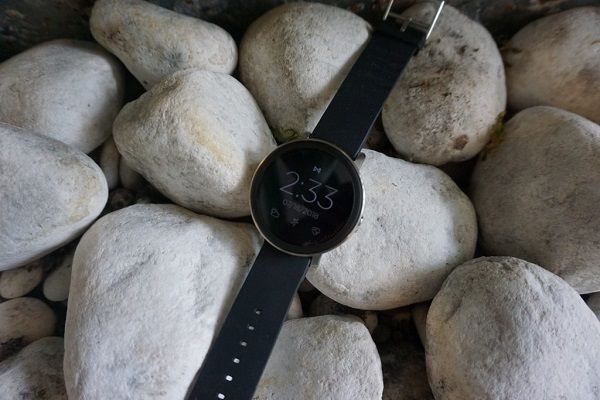 The Misfit Vapor is yet another excellently designed wearable powered by Wear OS but also makes a great cheap smartwatch for iPhone. This activity tracking wearable sports a minimalist design that gives to the timepiece similar patterns to the hybrid line of smartwatches that comes with a superior beauty when worn into a wrist.

This Misfit smartwatch has no built-in GPS sensor. It enables its GPS navigation function only when it is connected to a mobile phone. But it does have a heart rate sensor of its own and can connect to any Apple iPhone to display in-depth activity stats, on-map GPS navigation, and phone notifications and reminders.

This wrist wear also connects to WiFi and has four gigs of internal memory to fill up with apps and songs that can be streamed online and offline. It isn’t the techiest of smartwatches compatible with iPhone but is one of the best looking ones. 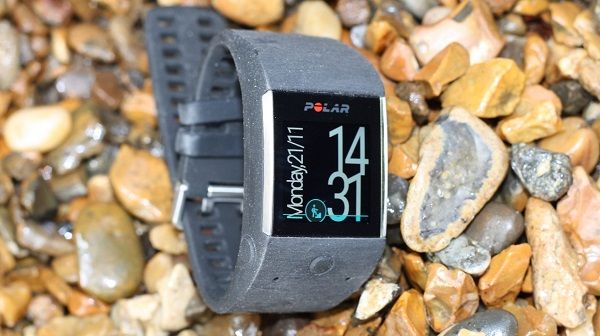 The fitness-focused Polar M600 smartwatch has a very compact design that blends within its square-shaped touchscreen display. This watch resembles more to an activity tracking wristband than a smartwatch. It is sleek and a gorgeous accessory for your wrist.

This Polar watch bonds with any iPhone and can track heart rate as well as location and distance via GPS or Glonass signaling. It is waterproof and ships with four gigs of internal storage for you to load with applications and games from the Play Store or songs. Online and offline music playback is supported.

To assist your training, Polar pre-loaded the watch with a series of coaching programs that are designed to make a better sportsman out of anyone that uses it. To save some battery during periods of inactivity, some sensors turn off, to turn them on, just straighten the band, and you’re good to go. When paired with an iPhone, this watch will be recording everything for up to a day and a half with one single charge.