Home » News » Huawei Honor 5X with metallic body and fingerprint sensor launches in the US for $199.99

Huawei has finally debuted its first Honor smartphone in the U.S market. The lucky device is the Huawei Honor 5X, and it was firstly introduced at the CES 2016 event. It packs a 5.5-inch FHD screen, fingerprint sensor, and 13MP rear camera and that sells for a relatively cheap price, tagging only $199.99. A good deal for the Huawei fans in America. This Huawei handset is one of the best budget phones for under $200 at this time.

The Honor 5X comes in a fully metallic body design finished with diamond-polished aluminum allow same as that used on the aircraft’s, on top of it is the 5.5-inch touch-enabled display with 1920 x 1080 pixels and 72.5% screen to body ratio. The handset runs on the 64-bit octa-core Qualcomm Snapdragon 616 processor with four CPU cores clocked at 1.5GHz and other four at 1.2GHz, it’s backed by Adreno 4.5 GPU, 2GB of RAM, 16GB of memory supporting expansion via microSD by up to 128GB, and the Android 5.1 Lollipop topped by the company’s EMUI 3.1.

To serve best to the photographers, Honor 5X sports a 13MP rear camera with LED flash, f/2.0 aperture lens, SmartImage 3.0 image processor to boost up the clarity of photos, and shoots photos at a high resolution of 4160 x 3120 pixels. As for the selfies maniacs, there is a 5MP front-facing camera with a skin-beautifying algorithm. 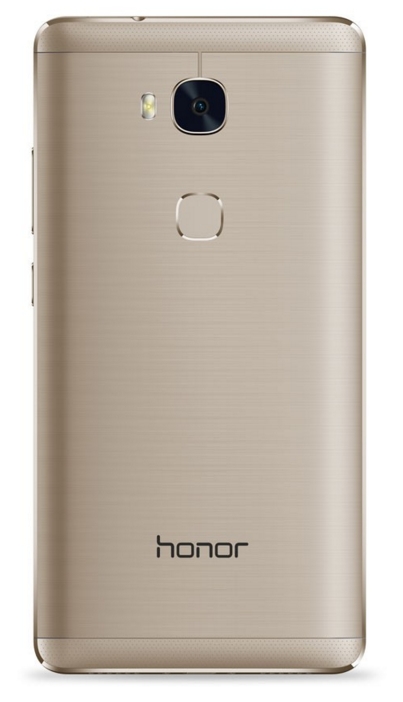 What’s the most special thing the Huawei advertises and expects to give fame to its device in the U.S is the fingerprint sensor located on the back side of the phone, under the camera. The fingerprint sensor found on the Honor 5X does not function only as phone unlocker, it can be used to execute various commands. Such as calling friends at the touch by linking a fingerprint with a contact or taking photos with the both cameras, control notification bar, answering to calls, and canceling an alarm.

The handset gets powered by a considerably large 3,000 mAh non-removable battery lasting for up to a day and a half in a normal use and it weighs only 158 grams.

The Huawei Honor 5X sells as unlocked, supporting all mobile carriers in the country. It is available in Grey, Silver, and Gold models for the price tag of $199.99.