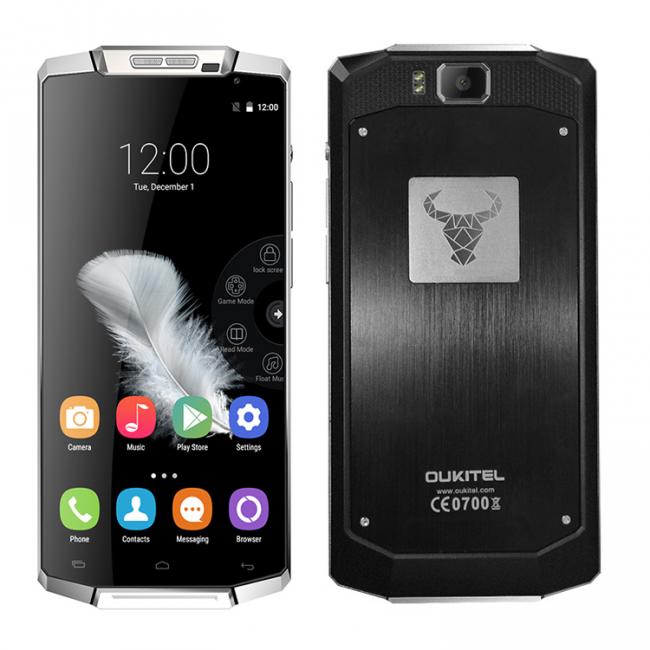 The Chinese phone maker Oukitel has developed a smartphone that will not need you to shop for a powerbank to have a mobile device going for days. The company’s latest phone Oukitel K10000 is a low-cost Android phone that hosts inside the world’s largest battery, a mega-sized unit of 10,000 mAh that will keep the phone powered for up to two weeks.

Oukitel has outrun the most best-selling smartphones of the era in terms of battery capacity and dwarfed any what’s so-called “phone with a large battery.”

Like most of the smartphones featuring a huge battery, the Oukitel K10000 can be used to charge multiple devices (even at the same time via the OTG function). Based on the available promo materials, the K10000 is powerful enough to recharge three iPhone 6S units fully and still be left with 10 percent of juice.

Even though the phone’s battery is a pretty large one, fully charging it will not take you much time. That’s because of the featured Flash Charging technology which will enable you to charge your brand new K10000 phone in under than 3.5 hours.

Besides the mega-sized battery, the Oukitel K10000 is nothing more than a differently-designed mid-range Android smartphone.

The newly launched K10000 comes housing a 5.5-inch IPS screen with 1280 x 720 pixels resolution, an 8 MP rear camera with LED flash and aperture lens and a 2 MP selfie snapper. Runs on the MediaTek MT6735 SoC with 1 GHz quad-core Cortex-A53 CPU, has 2GB of RAM, 16GB of internal storage supporting expansion by up to 32GB via microSD card, and it runs the Android 5.1 Lollipop.

The connectivity supports include the 4G LTE, Wi-Fi, Bluetooth 4.0, GPS and sensors like proximity, gravity, and light.

The Oukitel K10000 with a metal design and similar looks to a rugged phone rather than to a high-powered one is available for pre-order for $189,99 via GearBest. The retailer will start shipping ordered units starting by 2nd of January.